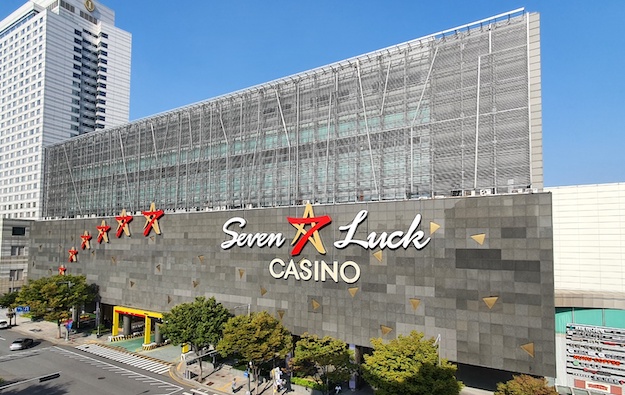 Grand Korea’s November gaming revenue was KRW4.09 billion (US$3.5 million), down 55.9 percent on October. Judged year-on-year, this November’s result was down 25.4 percent.

No reason was given in the Monday filing to the Korea Exchange as to the reason for the deterioration in performance.

For the first 11 months of this year, accumulated casino revenue for Grand Korea Leisure was just under KRW79.45 billion, with 82.5 percent of if being supplied by table game business.

Accumulated casino revenue was however down 57.3 percent when judged year-on-year.

Grand Korea Leisure is a subsidiary of the Korea Tourism Organization, which in turn is affiliated to South Korea’s Ministry of Culture, Sports and Tourism.

The casino-operating entity runs three foreigner-only casinos in South Korea under the Seven Luck brand: two in the capital Seoul (pictured Gangnam site), and one in the southern port city of Busan.

The imminent return of package tours from mainland China will not only help boost Macau’s tourism businesses, but is also expected to help casinos gain more foot traffic in their mass gaming... END_OF_DOCUMENT_TOKEN_TO_BE_REPLACED