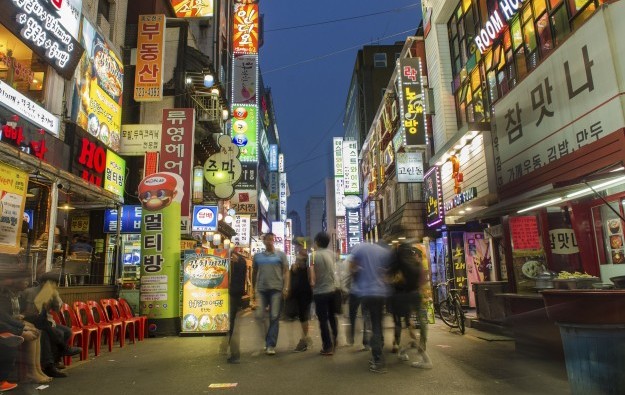 A representative of one of South Korea’s leading foreigner-only casino firms hopes to see a “good effect” in terms of “future” business, arising from the interest in the country that could be stimulated by a visa-free entry scheme during August for visitors either from Japan, Taiwan, or Macau.

That initiative should have a “good effect, but we will be able to say more about it in around two weeks,” said the spokesperson from Grand Korea Leisure (GKL) Co Ltd, in response to GGRAsia’s telephone enquiry.

Previously, GKL had told GGRAsia that a tourist visa programme that had been restarted on June 1 – after a near two-year suspension – had been taking a month to process requests from eligible visitors, including Japanese.

Local authorities announced on Wednesday the visa-free offer for a segment of the South Korean tourism target market. The scheme covers visits to the semi-autonomous island of Jeju – which hosts a number of foreigner-only casinos – as well as travel to the South Korean peninsula. The scheme runs from August 4 to 31.

A representative at Jeju Shinhwa World, operating the foreigner-only Landing Casino on Jeju island, stated to GGRAsia: “As it is a sudden announcement of a temporary measure, we doubt airline carriers could follow up” regarding consumer demand from such travel.

An official from the Jeju island government told GGRAsia: “We hope the scheme could create momentum to enable resuming of operation at currently-paused casinos, as five out of eight Jeju casinos” are currently shut, coinciding with the disruption to tourism from the pandemic.

According to the Wednesday announcement on August visa-free travel, in 2019 – the most recent pre-pandemic trading period – South Korea welcomed 3.27 million Japanese tourists, ranking that jurisdiction second as source market; 1.26 million from Taiwan, placing it third; and 50,000 from Macau, ranking it 23rd as a source market.

Macau’s casino gross gaming revenue (GGR) for the first five days of February is estimated at MOP1.9 billion (US$235.1 million) – or MOP380 million per day – a level that suggests a “45... END_OF_DOCUMENT_TOKEN_TO_BE_REPLACED