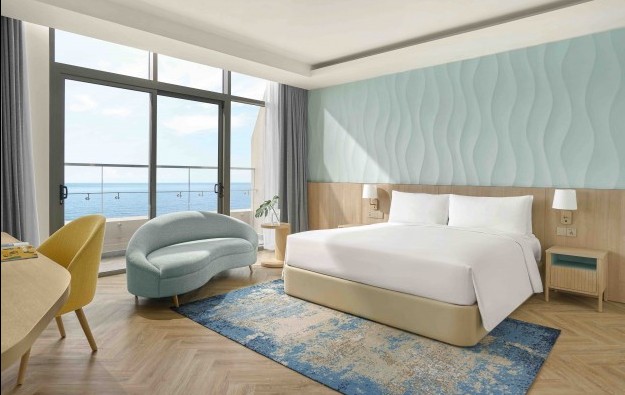 The launch of Holiday Inn Resort Ho Tram Beach (pictured), a new hotel at the site of The Grand Ho Tram Strip casino resort in Vietnam, is now delayed to the “tentative” date of July 16, the operator of the complex has told GGRAsia.

The 502-room new accommodation – under the Holiday Inn brand  owned by InterContinental Hotel Group PLC (IHG) – had previously been scheduled to open “at the end of June”. The new timing is due to “the Covid-19 situation in Vietnam”, The Grand Ho Tram Strip’s operating entity told us, without elaborating further.

In the past week, more than “3,000” new cases of Covid-19 infection were added to Vietnam’s national count, reported state-run media Vietnam News Agency on Tuesday. Most of them were detected in Ho Chi Minh City, the nearest large city to The Grand Ho Tram Strip. The country’s Ministry of Transport has already approved proposals suspending scheduled flights between Tan Son Nhat airport in Ho Chi Minh City and several domestic cities, the state news agency said.

The Grand Ho Tram Strip, on the Vietnamese coast southeast of Ho Chi Minh City, was developed by the Ho Tram Project Company Ltd. The complex has a casino that is open only to foreigners.

A Macau court was offered evidence on Monday, including of recordings from police-wiretapped telephone conversation, that the prosecution says proves the direct involvement of Levo Chan Weng Lin... END_OF_DOCUMENT_TOKEN_TO_BE_REPLACED