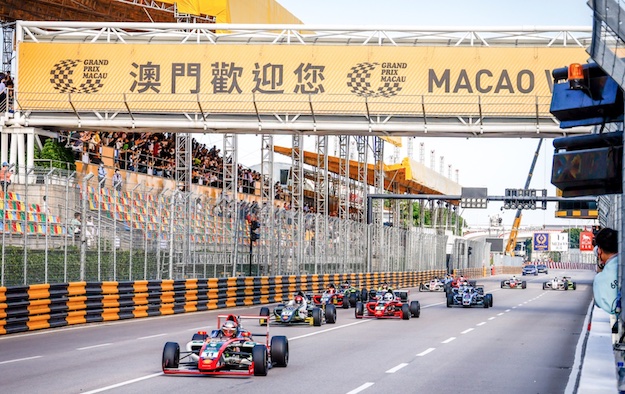 Macau had 35,525 tourist arrivals on Friday (November 19), the highest up to that date, since a number of Covid-19 cases reported locally beginning in late September, said the Macao Government Tourism Office (MGTO), adding that the build up to the Macau Grand Prix weekend helped the numbers.

The daily average for November 12 to November 18 inclusive was 26,655, up by 150.9 percent from last month, the tourism office said in a Saturday release. October arrivals on average daily, totalled 10,622.

MGTO said Macau’s inbound-tourist daily tally has recovered somewhat, since the city eased certain travel restrictions that had been imposed after the Covid-19 cases.

Visitor arrivals also got a positive boost from a series of events such as the Macau Grand Prix that ended on Sunday, and the Macau Food Festival being held until December 5, stated the tourism bureau.

The daily average for November 5 to November 11 inclusive had been 25,433 arrivals.

The latest daily-visitor numbers are still well down on pre-pandemic performance. In November 2019 Macau welcomed 2.9 million tourists, a daily average of more than 97,000.

Aggregate annual tourism might only return to 2019′s volume by the year 2025, the tourism bureau said in data issued on November 12 as part of its review of the Macao Tourism Industry Master Plan.

Currently, mainland China is the only place to have a largely quarantine-free arrangement with Macau.

But Macau had, since the middle of October, seen a lengthening list of mainland departure points where travellers are subject to quarantine-on-arrival in Macau.

Restrictions on those coming from some places in the municipality of Chongqing, in the Inner Mongolia Autonomous Region, and in the provinces of Shandong, Heilongjiang, Qinghai, and Hebei were only lifted on Sunday.

It is likely that Macau will shortly have a third round of citywide centre-based Covid-19 testing in little more than a week, after the results so far of a second mass test – that was due to finish... END_OF_DOCUMENT_TOKEN_TO_BE_REPLACED