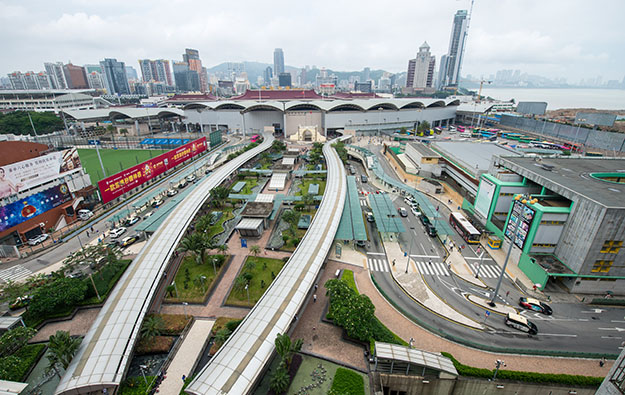 An ongoing Covid-19 outbreak in China’s Guangdong province has delayed a restart planned for as early as this weekend of the package tour trade to Macau via that mainland market, says a trade representative.

Macau Tourist Guide Association president, Angelina Wu Wai Fong, made the comment in a Friday interview with the Chinese-language radio service of the city’s public broadcaster, TDM. She said groups from that province had initially been expected in Macau “this weekend”.

That trade is now delayed due to the “Covid-19 situation” in Macau and in Guangdong province, Ms Wu remarked, though she said it was still expected to restart this month. Guangdong has, during the past week, seen hundreds of new Covid-19 cases daily, with most in its capital Guangzhou, according to local health authority statistics.

Macau recently had its own Covid-19 alert, with some locals testing ‘positive’. The city is conducting mass Covid-19 testing among the population on Friday and Saturday – the second round of such checks in a week. It would ensure the city was “safe” for inbound travellers, Macau health official Leong Iek Hou stated on Thursday.

In her Friday comments, the tour trade’s Ms Wu mentioned that “Macau has done a lot of promotion work in the mainland”.

She added that many travel agencies had “tried their best to promote” Macau attractions that could “appeal” to tour groups.

Macao Government Tourism Office (MGTO) had previously said it was readying for the resumption of package tours out of mainland China from November. Groups from Zhejiang, Jiangsu and Fujian, and the city of Shanghai, were to be added to the mix later.

As of Friday, any people intending inbound travel to Macau via a number of communities spread across 10 Guangdong cities – including places in Guangzhou and Shenzhen – are required to undergo quarantine-on-arrival in a government-designated facility, according to Macau’s Novel Coronavirus Response and Coordination Centre.

GGRAsia approached MGTO for updates on when the city would receive the first batch of package tour groups from the mainland. We had not received a reply by the time this story went online.

The decision by the Macau government to grant fresh 10-year licences to each of the city’s six incumbent casino operators has been welcome by top management at those firms. Each of the concessions... END_OF_DOCUMENT_TOKEN_TO_BE_REPLACED