Guangzhou R&F group to sell Beijing hotel to get cash 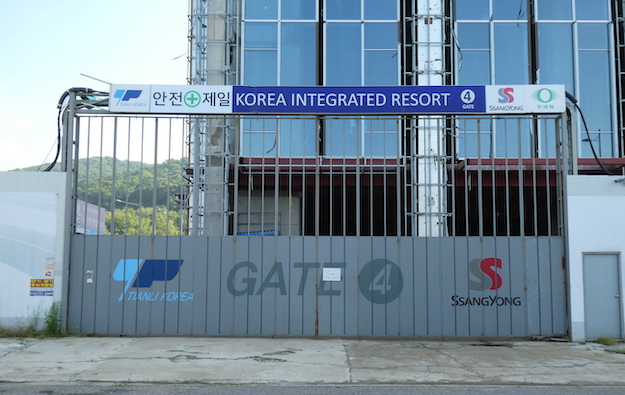 Guangzhou R&F Properties Co Ltd said in a filing this week it was disposing of the Beijing Hotel in China’s capital, for a consideration of CNY550 million (US$79.0 million). The Chinese developer is parent of R&F Korea (RFKR), which is pledged to open an integrated resort with foreigner-only casino, at Incheon in South Korea.

The information on the Beijing property disposal was given in a filing to the Hong Kong Stock Exchange.

In March, the R&F Korea unit was given by the South Korean authorities a one-year extension until March 17, 2023 to open its Midan City Resort [site pictured in a file photo] including a casino, in that country’s Incheon Free Economic Zone.

It later emerged that R&F Korea had pledged to sell some plots of land earmarked for residential units at Midan City, to help fund its casino resort.

Its parent has been facing challenges in terms of liquidity, amid turbulence in mainland China’s property sector.

On August 31, Guangzhou R&F reported an interim loss of CNY6.9 billion, compared to a profit of nearly CNY3.1 billion in the first six months of 2021.

In that report, the group said it had, as of June 30, borrowing totalling just over CNY134.5 billion. Just under CNY82.7 billion was due for repayment within the following 12 months. As of June end, the group had total cash, including restricted cash, amounting to CNY15.32 billion.

Nonetheless on September 2, Guangzhou R&F told the Hong Kong bourse it would exercise an option to buy back for just over GBP106.6 million (US$122.6 million) plus expenses, the shares and loans in a company engaged in a property development in Vauxhall, southwest London in the United Kingdom.

The repurchase will be from Hong Kong-listed Far East Consortium International Ltd, which is itself involved in an overseas casino project – Queens Wharf in Brisbane, Australia, to be operated by The Star Entertainment Group Ltd.

Guangzhou R&F did not mention the R&F Korea casino project in its latest interim report.

Guangzhou R&F’s 2021 annual report, issued on August 18 this year, had reiterated that on January 21 last year, it had acquired from Caesars Korea Holding Co LLC – for only US$1,000 – the balance of the equity interest in what was previously to have been a joint venture with the United States casino brand for the Incheon scheme.