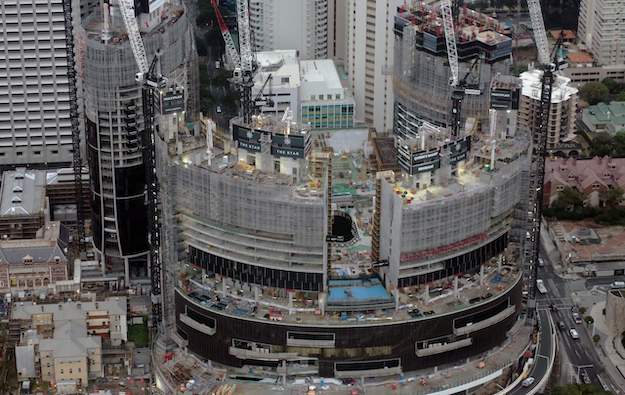 Casino operator The Star Entertainment Group Ltd said in a Friday filing that the Queen’s Wharf Brisbane scheme (pictured) in Brisbane, in the state of Queensland in Australia, is now expected to open from the second half of 2023. The new time frame for the launch of the project, subject to various approvals, “represents a delay from prior guidance of mid-2023,” added the firm.

In its Friday filing, The Star said the delay in construction was due to “higher-than-average rainfall” and the “impact of Covid-19” on the economy. The company also flagged an increase in costs to develop the project.

“Total project costs are expected to be up circa 10 percent on prior guidance of AUD2.6 billion [US$1.8 billion] due to escalating construction material costs, labour shortages, supply chain challenges and the programme delay as well as the inclusion of capital equipment required to open” the complex, said the casino firm.

“Pre-opening and other operational readiness costs would be in addition to this estimate,” it added.

According to the statement, The Star said it proposed, together with its joint venture partners, “to fund the majority of the increase in expected costs through additional equity contributions in accordance with the existing joint venture interests.”

The Star owns 50 percent of the venture, with the other half split equally between Chow Tai Fook and Far East Consortium.

“The remainder is expected to be funded from future operating cashflows,” the casino operator noted.

In June, the Queensland attorney general, Shannon Fentiman, announced an independent expert review on the suitability of The Star group to continue to hold gaming licences in Queensland.

The imminent return of package tours from mainland China will not only help boost Macau’s tourism businesses, but is also expected to help casinos gain more foot traffic in their mass gaming... END_OF_DOCUMENT_TOKEN_TO_BE_REPLACED