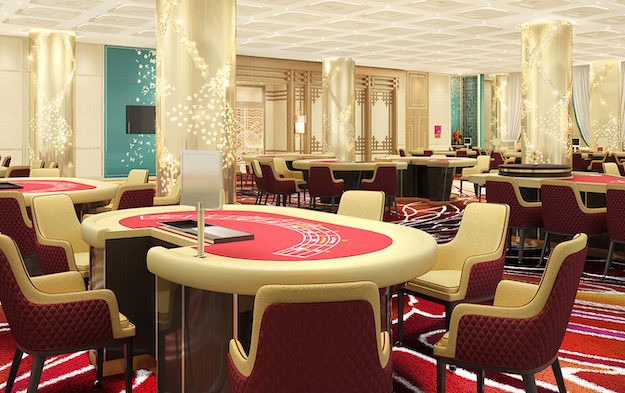 The Hann Casino and Resort located at Clark, in the Philippines, welcomed more than 5,000 visitors in its first four hours after opening at 2pm on Wednesday, said Daesik Han, the president and chief executive of its promoter, Hann Philippines Inc, in an interview with GGRAsia.

“The most important thing is to capture this local market,” said Mr Han, when asked whether the firm was disappointed that the Philippines was going to delay reopening to foreign tourists in the wake of the Omicron variant of Covid-19.

“The feedback we have had from our clients has been very, very positive, and they have said it is comparable to casinos in Macau,” said Mr Han.

The property (pictured), formerly known as the Widus Hotel and Casino, has been remodelled with Mr Han’s personal input.

Prior to the pandemic and the restrictions on inbound tourism by foreigners, “60 percent to 70 percent” of Widus’ business came from the South Korea market, Mr Han told GGRAsia. “But we had a very strong local market as well.”

One of the reasons for the brand change, explained Mr Han, was that the company “knew it would be very, very difficult” to shift consumer perceptions of the previous Widus brand as solid but relatively downmarket, and which had been started with a “very small amount of capital,” explained Mr Han.

“The notion of the market regarding Widus, is maybe it was something like two-star,” said the CEO. As a result, the Hann concept was created, to move the resort upmarket in the minds of the consumers.

Mr Han also said the group had “spent up to now, about PHP30 billion [US$597.1 million]” on the group’s assets. As well as the Hann Casino, the complex – at Clark Freeport – also has the hotel brands Clark Marriott, and Swissôtel Clark.

The current two hotel brands at the scheme provide respectively, 250 rooms and 370 rooms. A Mercure hotel is likely to be next off the drawing board, although the pandemic had slightly slowed that development, said Mr Han.

The gaming facilities at Hann Casino Resort include about 700 slot machines and 180 electronic table game seats. Additionally, there are about 170 live-dealer table games.

“Most of the tables are aimed at junkets and foreign VIPs. Right now due to the pandemic, we cannot open those junket tables,” Mr Han told GGRAsia. “Right now we are opening grind segment tables… about 80 tables,” he said, adding that the lowest bet in the base mass table segment was PHP1,000, or about US$20.

He describes the resort’s ability to offer golf to clients via a nearby course, as a key differentiator even from the large-scale Manila gaming resorts in Entertainment City.

When Solaire Resort and Casino was opened in 2013, in the Philippine capital, “a lot of casinos in Manila – and even in Clark – got hurt” by the new competition, Mr Han noted.

“That was the year my revenue increased by around 13 percent, because I had a lot of this premium mass from Korea… they come here to play golf, and then play in the casino at night,” he added.

“These types of people cannot be taken away by the integrated resorts in Manila,” as the latter properties “cannot provide” that golf “experience”, said the executive.

Casino equipment supplier Sega Sammy Creation Inc said in a Friday release it was debuting its Genesis Crest 43J cabinet in Asia. The product will be available at an in-person trade show, G2E Asia:... END_OF_DOCUMENT_TOKEN_TO_BE_REPLACED