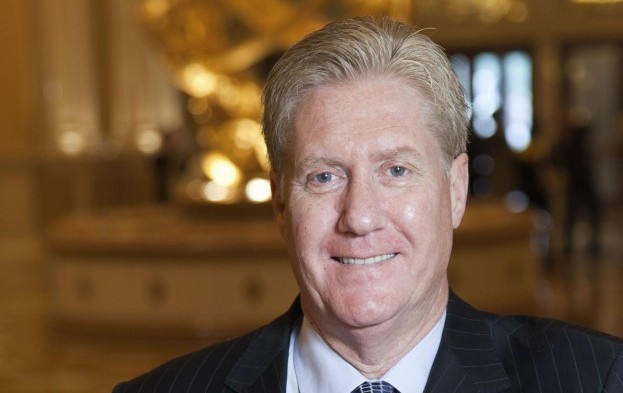 It “doesn’t matter” to U.S.-based casino operator and hospitality business Hard Rock International Inc whether it can secure a 60 percent stake in a Japan casino venture.

So said Edward Tracy (pictured), chief executive of Hard Rock International’s Japan division, in Thursday comments to GGRAsia on the sidelines of the Japan Gaming Congress in Tokyo.

The aspiration for a 60-percent stake had been mentioned by the group’s chairman and CEO, James Allen, in comments reported by Reuters news agency in February.

Japanese brokerage Nomura had said in a December note it expected any casino project in Japan “to be majority owned by Japanese companies”.

Mr Tracy told us on Wednesday, when asked about Mr Allen’s suggestion of a majority holding: “That was asked in a very specific way [by the media], if I remember correctly.”

He added: “It doesn’t matter to us frankly. But we are a company that has partnerships, so our preference is always to have a local partner wherever we go. We are in 74 countries around the globe and we have local partners in all 74 countries.”

He stated: “It’s not a matter of ‘Do we want 100 percent?’ We don’t think that’s what Japan wants. We think Japan wants us to have local partners, and we’re prepared to do that.”

He told GGRAsia: “We have talked to a number of construction companies, rail companies, development companies, banking companies – so there’s a lot of interest, but everyone is in the same position. We don’t know until this next piece of legislation comes out. So that will be an exciting day for everybody.”

He was referring latterly to a second bill in the casino legalisation process that observers say might be passed by Japanese lawmakers by the end of this year. It is expected to detail the specifics for the casino industry in Japan: how casinos are administered and regulated; the taxation regime to be applied to them; their location; and the number of licences to be issued.

Mr Tracy was also quizzed on whether the company had a preferred location for a project. He told us: “It’s more important for us to understand what the government wants to do.”

He added: “But we like the regional markets very much. We [also] like Yokohama, we like Osaka, we think there is a chance that at least one of the major metropolitan areas will adapt a ‘Cotai Strip’ concept so that it brings critical mass and the possibility of bringing in the MICE business [meetings, incentives, conferences and exhibitions] in a global way.”

The idea of an “Osaka Strip” of casino resorts, to compete with the likes of Cotai in Macau and the Las Vegas Strip in Nevada, had been mentioned in a white paper from consultancy Global Market Advisors LLC, announced in April. GMA said in the executive summary that Clairvest Group Inc, a Toronto, Canada-based private-equity management firm; and Hard Rock International, had sponsored the white paper.

Mr Tracy was asked how the group would differentiate itself from the competition in the race for a Japanese casino licence.

“Our advantage is that we are really global… You could pick any country in Europe, Africa, South America, Central America… and Asia, and ask about Hard Rock and they know who you are. But if you ask them about… Caesars [Entertainment Corp], unless they have been to Atlantic City, they don’t really know,” he told GGRAsia.

“We think we have a clear advantage – not just the brand recognition, but our ability to cross-market; and over 250 ‘touch points’ where we see customers every day – to promote Japan as a destination,” Mr Tracy added.

The executive was quizzed additionally about whether his experience of running Asian casino resorts – he is a former president and chief executive of Las Vegas Sands Corp’s Macau unit, Sands China Ltd – would be of benefit in the context of Japan.

He stated: “There are only a handful of people that have operated integrated resorts at that scale. So that’s experience I gained and was able to do successfully in Macau.

“But also there is the learning to adapt to a culture and understanding the objectives of your local government and being able to execute on their objectives: you learn a lot experientially… There are plenty of people that talk about it, and then there are those of us that do it,” said Mr Tracy.

Philippine gaming investor Leisure and Resorts World Corp reported a net loss of nearly PHP222.4 million (US$4.2 million) in the first three months of 2022, up from PHP125.6 million a year earlier.... END_OF_DOCUMENT_TOKEN_TO_BE_REPLACED