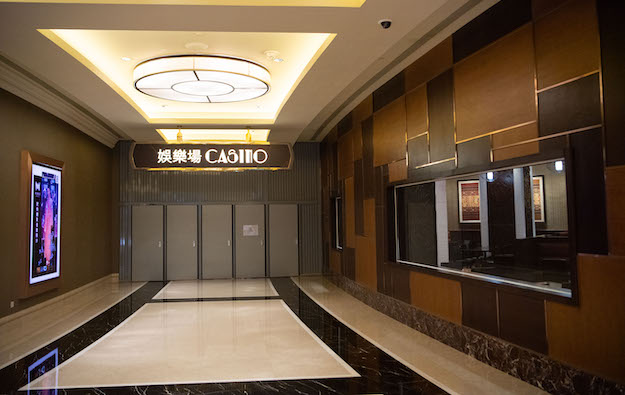 The Macau government will decide whether to extend the current closure of the city’s casino industry, based on an assessment of public health risk posed locally by the now-named Covid-19 coronavirus. So said Lei Wai Nong, the city’s Secretary for Economy and Finance during a Thursday government briefing. The existing 15-day shutdown is due to run until February 19 inclusive.

Asked by a reporter whether the Macau government planned to extend the measure beyond that date, Mr Lei said such a step was not simply an administrative decision and required “deep consideration”. That judgement would be based on weighing the risk of an actual outbreak of the infection among the local population. Only if the local authorities considered the situation “safe enough” would casinos be authorised to resume operations.

Mr Lei did not provide detail on when such risk assessment would be conducted, nor did he say when a decision on a potential extension of the shutdown order might be made.

“We have been in close contact with the health authorities and with the six casino operators on this matter,” he added.

From February 5, Macau closed all its casinos – and its other major centres of entertainment – for at least 15 days in an effort to prevent the virus spreading locally. There was a total of 10 confirmed cases within Macau as of Thursday, with three patients – all tourists from Wuhan, in Hubei province, the centre of the outbreak – having recovered and gone home after treatment in a Macau hospital. No new cases have been reported in Macau since February 4.

The casino closure order is having a big impact on casino operators in Macau. During a Wednesday conference call with investment analysts, management at MGM Resorts International said the closure of the group’s two Macau casinos was costing it US$1.5 million a day, the “majority” of that comprised of staff pay.

During Thursday’s press conference, Secretary Lei announced a package of economic relief measures – including tax breaks and financial support schemes – to help businesses and residents in Macau to cope with the economic impact on the city of the coronavirus crisis. The package however did not include specific measures for the city’s casino industry.

At the briefing, it was also said that the hotel at Royal Dragon was suspending operations. The property features a small-scale casino. It is part of the Golden Dragon Group – headed by Macau businessman and former legislator Chan Meng Kam – and run under a so-called “service agreement” with casino operator SJM Holdings Ltd.

The Royal Dragon hotel became the eighth hotel located in a complex with casino, to temporarily suspended operations, according to information from the Macao Government Tourism Office.

Hotels at casino complexes were not covered by the government’s 15-day casino closure order. However, the city’s hotels are facing a steep fall in guests as visitor arrivals to Macau have declined sharply due to the ongoing coronavirus crisis, and measures implemented to prevent the spread of the outbreak.