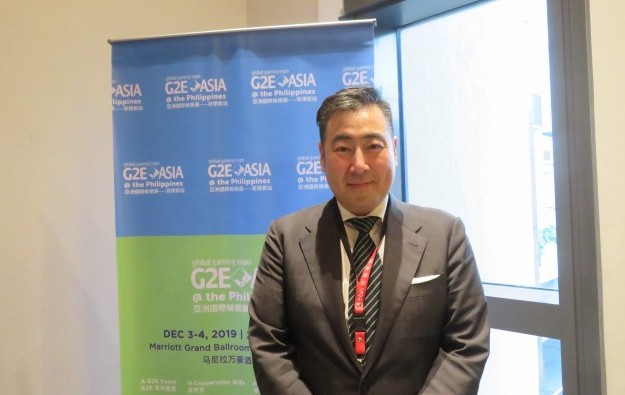 The Incheon Free Economic Zone (IFEZ) Authority in South Korea is aiming to expand its “cluster” of resorts including casino facilities, which could act as international tourist attraction in its own right and counter the competitive threat of the coming Japan casino market. So said a South Korean official in an interview with GGRAsia. The zone wants to attract a further two to three schemes, to add to the one already operating and the four that are currently slated.

Macau, and the Las Vegas Strip – in Nevada’s gambling hub in the United States – already respectively offer one-stop destinations for casino entertainment. Japan has decided on a different course for its first phase of market liberalisation, despite one consultancy advocating an “Osaka Strip” of gaming properties in that Japanese city. Japan prefers to spread a maximum of three resorts around that nation.

“Our strategy” for countering Japan’s competitive challenge would  be to provide at IFEZ “more diverse experiences and concepts” via an “IR cluster,” said Nicholas Kim (pictured), referring to the term integrated resort or “IR” used in the country and across the region to describe large-scale casino complexes with facilities such as conference space, hotels, shops and entertainment arenas.

The official, project manager, service industry division at the IFEZ Authority, was speaking to us on the sidelines of the Global Gaming Expo (G2E) Asia @ the Philippines casino trade exhibition and conference held in Manila last week.

While South Korea already has a casino industry, of the 17 existing venues, only one – Kangwon Land – can accept local players. Casinos at IFEZ resorts will also be only for foreign players.

IRs anticipated in neighbouring Japan – currently an important source market for players in the South Korea casino sector – will be able to serve local players: albeit that nation might not have working resorts until the mid-2020s at earliest, and they will have restrictions including a locals’ levy and monthly visit limits for domestic players.

A number of investment analysts has suggested that South Korea’s preference for barring locals from most of its casino industry venues might be a hurdle for fresh international investment, in a region with a growing number of such projects. Investors in IFEZ would need as a starting point to inject at least US$600 million per casino complex.

“We have the goal to achieve total investment of US$10 billion in Yeongjong Island,” Mr Kim nonetheless told us.

Currently one such resort – Paradise City – is operating in IFEZ.

“We have about US$6.5 billion that has been secured,” in IR investment, Mr Kim told us. Approximately “US$3.5 billion more” was needed, which would translate into up to three further resort projects.

“Japan will be our biggest competitor in future,” with each Japan resort likely to have “about US$10 billion in investment”, said Mr Kim. The total investment put into the “IR cluster” in IFEZ should be at least “comparable to one location in Japan,” he added.

Given the competition among international operators for a Japan licence, any such firm that “wanted to have their footprint in Northeast Asia; but… didn’t get a Japanese licence… would have “Incheon, or maybe, Vladivostok [in Russia],” as the only viable alternatives, Mr Kim suggested.

The IFEZ official noted that his authority had an advantage in terms of the smaller capital investment input required versus Japan. The IFEZ also offered “lower land lease” costs compared to Japan, coupled with various tax breaks, said the official.

“[South] Korea’s land cost is very high,” on the open market, stated Mr Kim. Were resort land acquisition to take place on the open market, it might be expected to eat up “about 40 percent” of a scheme’s “entire budget,” Mr Kim noted. IFEZ could offer investors benefits on “land pricing” and land options that amounted to “most significant support”.

“Also, IFEZ will ensure at every step that the IR investor will get a proper casino licence from our government. We can waive the local corporate tax, tariff tax [customs duties], local acquisition tax, and property tax. It is already in our benefit package, which is in the [IFEZ] law,” Mr Kim added.

The IFEZ authority official acknowledged that any attempt by the local IR sector to rely on patrons from neighbouring China carried business risk. It has been reported previously by South Korean media that Chinese visitor numbers to South Korea have on several occasions in recent years either contracted or witnessed slower growth, coincidental with diplomatic rows between the two nations.

Yeongjong’s existing resort Paradise City had weathered such storms due to being “consistently supported” by 20 percent of total revenue stemming from non-gaming operations, Mr Kim said.

Japan and South Korea were “similarly affected” by the risk of too much exposure to the China outbound tourism market, but a US$600-million investment in a South Korea foreigner-only casino resort project, presented significantly lower business risk compared to “US$10 billion invested on a Japanese project,” suggested IFEZ’s Mr Kim.

“That is a reason why the IFEZ model has big emphasis on gaming and non-gaming balance,” he added. “The IFEZ model is, maybe less profitable,” in the light of South Korea’s ban on local players, “but less risky than a Japanese one,” Mr Kim suggested.

“The entire [South] Korean casino revenue is about US$3.3 billion [annually], but South Korean nationals’ spending outside Korea in casinos” was “about US$700 million” or as much as “US$2 billion,” according to some research estimates, noted Mr Kim.

But to lift the ban against locals’ gambling would  be “no easy task”, Mr Kim added. “We need to have agreement from the people and also we have a long way to set up all the regulating system and organisation” which would be necessary to carry out successfully such a policy he told GGRAsia.

At the moment, there was discussion about the possibility of setting up a centralised casino regulatory body in South Korea, the official noted to us. “That’s [a concept] very active in the academic field and also in some political discussions. We are still rebuilding our regulation and actually we had been close to making a department that could control the entire country’s casino regulations…. But it seems it will take some time to reform,” Mr Kim remarked, referring to the system of oversight.

Nonetheless, the IFEZ Authority thinks that a resort cluster at Incheon – even on the basis of having only foreign customers within the various casino facilities –  could create 20,000 new jobs.