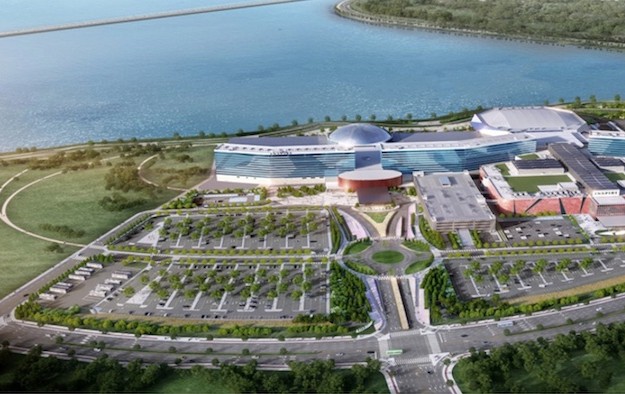 United States-based Mohegan Tribal Gaming Authority, trading as Mohegan, affirms it is on course for a late 2023 launch of its Mohegan Inspire Entertainment Resort scheme (pictured in an artist’s impression) with foreigner-only casino, in South Korea.

In its third-quarter earnings presentation deck, the company outlines it had US$620.1 million outstanding – via a mixture of credit and a loan – on the project.

The firm said “construction is progressing” on the property near Incheon International Airport, the main air travel gateway to South Korea, with its hotel-tower concrete structures at “various stages between levels eight and 12”.

The group, which has gaming business in the U.S. and Canada, saw its net income rise 134.0 percent year-on-year in the financial third quarter, to nearly US$59.4 million.

Most of Macau’s casino operators are likely to generate positive free cash flow in the first quarter, given the robust recovery level of mass-market gross gaming revenue (GGR) in January, relative... END_OF_DOCUMENT_TOKEN_TO_BE_REPLACED