Inspire, RFKR, could get extra time if invest more: IFEZA 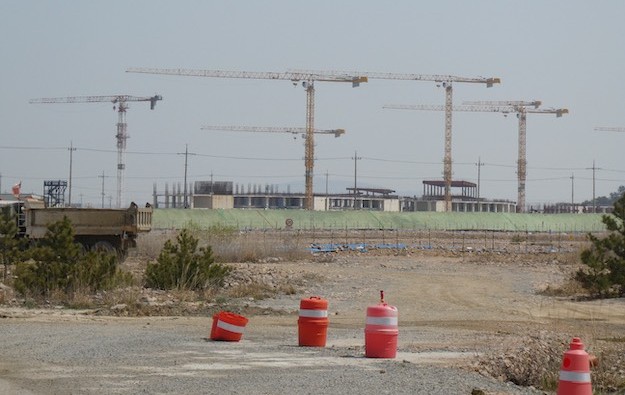 Two casino resort projects in the Incheon Free Economic Zone in South Korea, that recently had their first-phase completion dates pushed back with the agreement of the country’s government, could respectively be given two years further to complete their entire schemes, if they each commit to spending 5 percent more than the capital target they have already announced.

The information was confirmed to GGRAsia by the Incheon Free Economic Zone Authority (IFEZA) during a recent visit by GGRAsia to the zone, and is based on the investment terms agreed between the authority and the respective investors. The terms are included within IFEZA’s founding decree, according to the authority.

The Incheon investors are United States-based Mohegan Gaming and Entertainment, which is developing Inspire Entertainment Resort (pictured last month), a project with a foreigner-only casino; and an entity called R&F Korea (RFKR), linked to Hong Kong-listed Guangzhou R&F Properties Co Ltd, which is to develop RFKR Resort, another casino complex due to have a foreigner-only casino.

Were the two projects to exercise the option of respectively pledging 5 percent more in capital expenditure, then Inspire could be offered a “June 2025” deadline on completion of the scheme; RFKR Resort could get a new “March 2024” deadline, confirmed IFEZA officials to GGRAsia.

Up to now, Inspire’s pledged investment amount is KRW1.8 trillion (US$1.6 billion). RFKR Resort’s commitment is KRW800 billion. The 5 percent extra investment would be calculated based on those respective numbers.

In late March, Inspire obtained from the Ministry of Culture, Sports and Tourism a one-year postponement of its first-phase opening deadline, to the “first half of 2023”. That did not involve a pledge to spend more, but was understood to relate to delays so far, linked to the pandemic

RFKR Resort was also in March granted from the Ministry a one-year postponement to “March 2022” on its first-phase opening. As of March this year, the project was yet to announce a gaming-operator partner. The United States-based casino brand Caesars had originally been involved, but withdrew. RFKR had asked for a three-year delay on the first phase.

According to a briefing to GGRAsia by an IFEZA official, approximately 12 percent of the Inspire scheme has been done. The same official said 25 percent of RFKR Resort had been done.

Development had been slowed by the Covid-19 pandemic, and both construction projects could be resumed only after each entity had successfully finalised its project financing, the official mentioned.

The IFEZA official noted however that it might be possible for the two schemes – on Yeongjong Island, the home of South Korea’s main air hub at Incheon – to be completed within the current rescheduled timeframe, without the further extension being needed.

IFEZA said it was projected that the Inspire scheme could create 10,000 jobs – a combination of direct ones and indirect ones – upon completion; and the RFKR scheme, 1,500 jobs.

The IFEZA official also said in the briefing with GGRAsia, that the zone was looking at ways to diversify the target clientele of its pending gaming resorts beyond customers from either mainland China or Japan, once international tourism resumes as pandemic conditions ease.

People either from mainland China or Japan have traditionally been key customers for foreigner-only casinos in South Korea.

Macau mass-market casino gross gaming revenue (GGR) for the recent Chinese New Year (CNY) holidays could have recovered to at least 60 percent of that for the 2019 break, when the festivities were in... END_OF_DOCUMENT_TOKEN_TO_BE_REPLACED