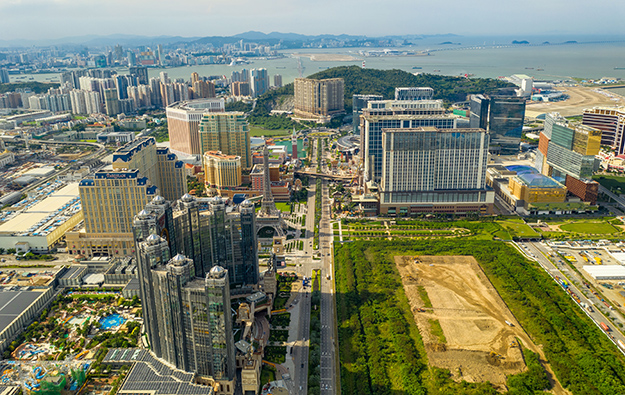 The Macau government’s recent proposals for changes to the legal framework of the city’s casino industry – including oversight of operator dividends and a system involving government-appointed delegates to monitor the operators – are being interpreted by a brokerage as “effective SOE-isation” of the industry.

The latter is a reference to “state-owned enterprise” (SOE), a term typically used to describe a company or legal entity that is controlled on behalf of a government in order to take part in commercial activities.

Any actual move in that direction – the details of how the dividend oversight and delegate system would work in the case of the casino operators are still to be clarified by the government - would make it “difficult to establish a floor for both earnings profile (deterioration in efficiency, plus possible national service) and multiples (relative loss of control, plus dividend cut, plus likely reduced return profile), and hence the stocks,” said the JP Morgan analysts.

They added: “We think the sector could stay nearly un-investable until the clarity on the next concession emerges, an event that we view as unlikely in the next six months.”

In a memo the same day, analysts Praveen Choudhary, Gareth Leung and Thomas Allen, from banking group Morgan Stanley, had stated: “Investors are shying away from the industry on high stock volatility related to changes in travel restrictions every time there is a Covid outbreak in China, as well as the increased risk of heightened scrutiny and oversight ahead of casino licence renewals.”

The bank said: “We find U.S. investors are willing to take positions” in U.S.-listed Las Vegas Sands Corp, the parent of Hong Kong-listed Macau operator Sands China Ltd, due to the parent’s “exposure to Singapore,” via the group’s Marina Bay Sands resort, one half of a casino duopoly in that city-state.

Singapore was currently “opening its borders more than mainland China/Macau,” noted Morgan Stanley. The city-state says it is moving to living with Covid-19, via high rates of vaccination.

Goldman Sachs Asia LLC had said in a September 19 note, regarding the potential price ticket for Macau’s six casino licensees being allowed to stay in the market beyond the June 2022 expiry of their current permits: “We believe investors are more concerned about potential gaming tax hike and lower investment return from a higher future capital commitment.”

Analysts Simon Cheung, Alpha Wang, Carrie Jiang and Leah Pan said such capital commitment could include a requirement for the operators to invest in non-gaming facilities on Hengqin island, a piece of mainland territory next door to Macau.

The bank suggested every 1 percent tax hike on gross gaming revenue could lower industry earnings before interest, taxation, depreciation and amortisation (EBITDA) by 3 percent, “based on normalised EBITDA margin of 29 percent in 2019 before the pandemic”.

Such a rise, and any Hengqin capital commitment, could have a “direct impact on the casino operators’ profitability and long-term valuation,” suggested Goldman Sachs.

A casino cruise brand reportedly controlled by Malaysian entrepreneur Lim Kok Thay is to launch services from Singapore fewer than five months after the Lim family-founded Dream Cruises brand of the... END_OF_DOCUMENT_TOKEN_TO_BE_REPLACED