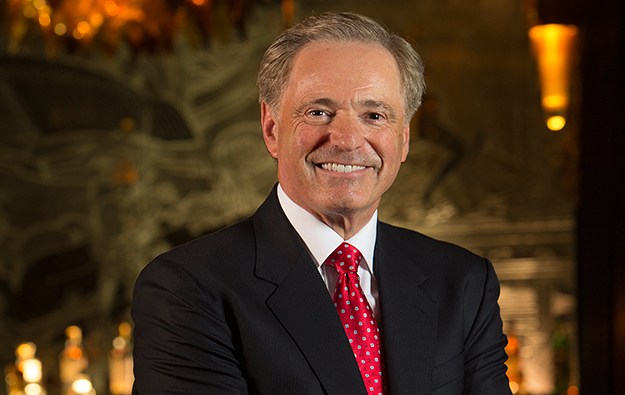 Macau-based casino operator Galaxy Entertainment Group Ltd says it believes it can make “a big impact” if it is awarded a licence to develop a casino resort in Japan. “We believe that Japan has a huge opportunity to create something unique that doesn’t just follow the [Las] Vegas model seen in many other markets around the world,” said Michael Mecca (pictured), president of Galaxy Entertainment, in an interview with GGRAsia.

Japan is part way down the casino legalisation path. A bill making casino gambling legal in Japan came officially into effect on December 26. After approval of the enabling act legalising casino resorts at the conceptual level, a second piece of legislation – known as implementation bill – has now to be passed, detailing the specifics, including licensing, investment, location and taxation.

“Japan is the number one priority for us and is the market with the biggest potential,” said Mr Mecca, adding that the firm is confident in delivering a strong bid in partnership with Monaco casino firm Société des Bains de Mer et du Cercle des Étrangers à Monaco, also known as SBM.

In late March, Galaxy Entertainment and SBM announced the formal establishment of a strategic partnership. The two companies said they would be working together on the development and operation of entertainment businesses including integrated resort (IR) projects in the Asia-Pacific region, namely in Japan. Galaxy Entertainment acquired a 5-percent stake in SBM in July 2015, for EUR40 million (US$45 million).

“We believe the Galaxy Entertainment and SBM partnership represents something completely different to all other IR operators – with our collective brand offering the best of Asia and the best of Europe. We feel it’s a market where we can make the biggest impact,” said Mr Mecca.

“Our partnership promises something truly unique [for Japan] when compared with the wider industry,” added the executive.

Global Market Advisors LLC (GMA) – a U.S.-based consultant to the casino gaming, hotel and airline industries – said in a white paper that the process for deciding on the location of resorts in Japan is likely to be completed by the third quarter of 2018. This would be followed by the request for proposal stage, with the winners chosen by the third quarter of 2019, it said.

Tokyo, Yokohama and Osaka are the main major metropolitan areas mentioned by investment analysts as possible locations for large-scale integrated resorts. Other locations – such as Fukuoka, Hokkaido and Wakayama – have been suggested as having the potential for smaller casino resorts.

Galaxy Entertainment’s Mr Mecca did not name a preferred location to build a casino resort in Japan.

“Only those locations where we can add considerable stakeholder value – working with strong partners and the local community to ensure success, will be considered,” said Mr Mecca. “As a consortium, we will evaluate all opportunities together and allocate equity and investment in the spirit of the partnership.”

Galaxy Entertainment’s president said it is “still too early” to talk about an investment amount for a casino resort in Japan, taking into consideration that the IR Implementation Bill is still being formulated. Other casino operators have mentioned figures of up to US$10 billion to build an integrated resort in that country.

“It will depend on how the law is applied and what sites are eventually selected by the central government,” Mr Mecca told GGRAsia, adding that Galaxy Entertainment had a strong track record of delivering on its investment commitments.

He added: “In Macau we have already invested over HKD50 billion [US$6.42 billion] with a further commitment to double the size of our Cotai resort, and we have one of the strongest balance sheets in world gaming, with net cash of approximately HKD20 billion – ensuring that we could start a project in Japan very quickly.”

The executive said that Galaxy Entertainment has “spent the past four years meeting with and listening” to many potential partners across Japan, discussing the opportunities and challenges of integrated resorts.

“We take our corporate responsibilities very seriously and believe in the spirit of open dialogue and transparency with local partners from the commercial, government and community sectors to ensure success for any future IR development,” stated Mr Mecca.

Mr Mecca said Galaxy Entertainment plans to work with local partners to add value to any eventual project it develops in Japan.

“Both Galaxy Entertainment and SBM have many high-quality brands and brand partnerships that could be very beneficial to any future IR development in Japan,” said the executive.

He added: “Unlike our competitors, we believe that Japanese companies have the ability to develop IRs by themselves. However, by cooperating with experienced IR operators such as Galaxy Entertainment and SBM, who have the financial strength, a deep understanding of the IR industry both in Asia and worldwide, global brand appeal and the track record of developing and operating unique and award winning resort experiences, the route to success can be fast tracked considerably.”

The executive additionally said that Galaxy Entertainment had developed several business relationships in Japan over the years, including with Japanese hotel brand Okura Hotels and Resorts, which manages a hotel at Galaxy Macau, the flagship property on Cotai. Galaxy Entertainment has also signed an agreement with Japanese architect firm Tange Associates regarding a potential bid for a licence in Japan.

“We readily accept that in order to be responsible and successful in that market [Japan] we will need to work hand-in-hand with local business partners as part of a consortium,” Mr Mecca said, without identifying other potential partners. “Wherever we do business, we are very selective about where we invest and bring our brands.”

The Pragmatic Play brand, a leading content provider to the iGaming industry, says it has signed a deal to launch its complete slot portfolio on the bet365 online wagering platform. As a result,... END_OF_DOCUMENT_TOKEN_TO_BE_REPLACED