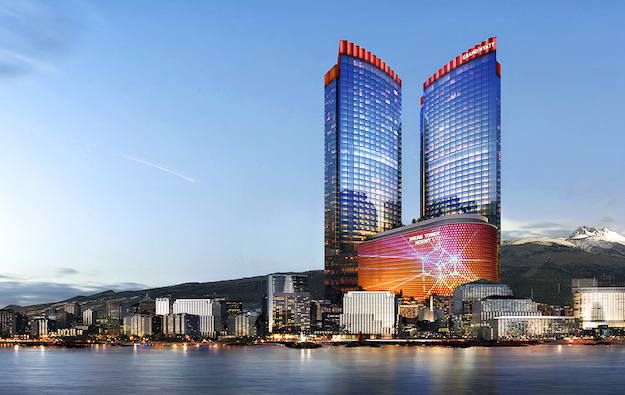 The promoter of Jeju Dream Tower casino resort in South Korea said on Thursday that December had generated the complex’s first positive monthly earnings before interest, taxation, depreciation and amortisation (EBITDA), since the casino opened in June

December property EBITDA at the venue (pictured) in the capital city of the holiday island of Jeju, was KRW1.48 billion (US$1.23 million) stated Lotte Tour Development Co Ltd, in a press release.

Gaming revenue for the month was KRW8.13 billion, the highest monthly tally since the property launched.

The resort’s gross operating profit for the month was nearly KRW730 million.

Most of Macau’s casino operators are likely to generate positive free cash flow in the first quarter, given the robust recovery level of mass-market gross gaming revenue (GGR) in January, relative... END_OF_DOCUMENT_TOKEN_TO_BE_REPLACED