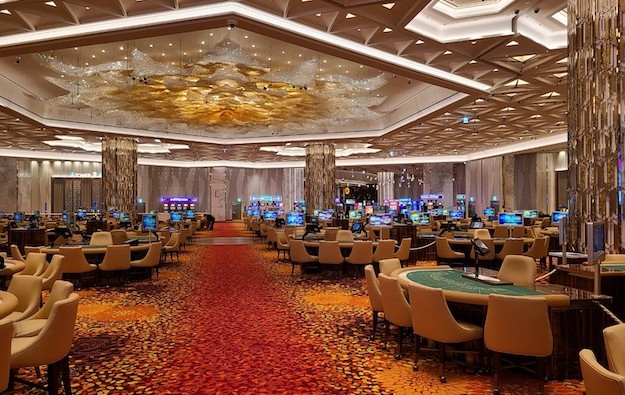 Lotte Tour Development Co Ltd says it has arranged deals for around 1,000 VIP gamblers from overseas to visit the firm’s casino at the Jeju Dream Tower resort (pictured) on the South Korean holiday island of Jeju, during the summer holiday season in August.

Most of the expected high rollers are from Singapore, a company representative confirmed to GGRAsia,

The firm said it was working with nine junket agents: including two familiar with the Singapore customer segment, and five it suggested were the leaders covering the Malaysia customer market, to bring players into Jeju Dream Tower this month.

Lotte Tour’s chief operating officer (COO), Lawrence Teo, was quoted in a Tuesday announcement as saying that “Southeast Asian junkets are competitively heading for South Korea recently,” amid a falling off in junket activity in licensed casinos in Macau and Australia.

He added that casino business activity in Jeju was “being focused” by a visa-free entry scheme since June 1, for tourists holding certain passports, as well as regional consumer interest in South Korean popular culture.

Lotte Tour Development said that in May it had hired 20 casino-industry people specialising in overseas sales, including a former senior executive from The Star Sydney. Lotte Tour Development planned to employ 30 more sales executives when international air services to Jeju were fully restored, the announcement said.

Jeju Dream Tower’s casino recorded gross gaming revenue (GGR) of approximately KRW15.3 billion (US$11.7 million) for the second quarter, with KRW7.0 billion in June alone, a monthly record since it opened in June 2021.

Jeju resumed its visa-free entry scheme for certain foreign passport holders from June 1. Jeju was also permitted to restore international flights from May 1, with the first operational on June 2.

Spectrum Gaming Group LLC, a specialist consultancy on probity and legal compliance in the regulated casino sector, has issued its “Top Ten Trends To Watch for 2023”, including likely events in... END_OF_DOCUMENT_TOKEN_TO_BE_REPLACED