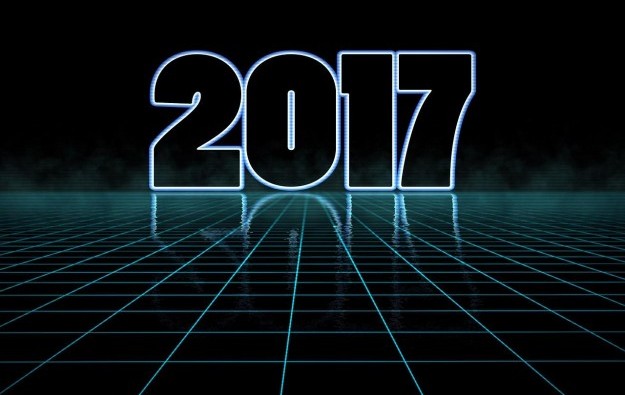 The year 2017 could prove to have been a turning point in the development of Vietnam’s casino industry. In Macau, despite the VIP gambling segment being once again in the driving seat regarding contribution to gross gaming revenues, there was evidence that the right non-gaming offer to customers might have the power to drive some incremental gaming business.

Those are respective views of several commentators in their specialist fields, namely gaming law and financial analysis.

Meanwhile, the announcement in early December that a unit of Macau casino operator Galaxy Entertainment Group Ltd was to be a partner in a planned casino resort on the Philippine holiday destination of Boracay, could prove a pivotal moment for that country’s casino industry. That is provided the investors have good enough air transport links to guarantee a supply of foreign players, says a long-time operator of gaming machines in that market and local agent for major casino technology brands. Until now, most of the Philippines’ world-class casino resorts have been clustered in a district of the capital Manila.

In 2017, the Philippine casino industry was also hit by a tragic event: the Resorts World Manila casino resort in the Philippine capital was attacked on June 2 by a lone gunman, leading to the deaths of 37 people, including the perpetrator Jessie Javier Carlos. Following the incident, the country’s regulator – the Philippine Amusement and Gaming Corporation (Pagcor) – instructed Resorts World Manila to halt its gaming operations pending investigation of the attack on the property. Gaming operations were eventually resumed at the end of June.

That attack, and the mass shootings near the Las Vegas Strip in Nevada in the United States in October, were mentioned by the Macau government when it announced in mid-October the authorities there would work with the city’s six casino operators on how to cope with simulated “attack” on the sector. More details were given in late November, when Macau’s Secretary for Security said the simulation exercise would happen in the first half of 2018.

In the gaming supplier segment, a leading veteran of the casino technology sector – who asked not to be identified by name – expressed “surprise” to GGRAsia at the continued aggressive expansion in 2017 – via acquisition – of Scientific Games Corp, a specialist in casino gaming machines and systems and lottery equipment and services. But the person found it less surprising that Scientific Games had become a stronger competitor to Australia’s Aristocrat Leisure Ltd in the slot machine business in Asia Pacific and beyond.

Regarding the Vietnam gaming market, Pedro Cortés, a member of the International Association of Gaming Advisors (IAGA) and a senior partner at the Macau legal practice Rato, Ling, Lei and Cortés, told GGRAsia that a Vietnam government decree in January 2017, that came into force in March and paved the way for a trial period of gambling by economically-qualified locals at selected casino resorts, had helped to put Vietnam “on the regulatory map in the Asia-Pacific region”.

In February, the Vietnam government announced another gaming-related decree that included provisions to enable some citizens of the country aged 21 and over to bet on certain overseas football matches and on horse and dog races. The conditions included that the events must be approved ones as defined by the government. Players would be allowed to wager a maximum of VND1 million (US$44) per product day.

The combination of the potential for opening up of the Vietnam market for local players and the beginnings of some kind of discernible regulatory framework – rather than licences being granted on a case by case basis as previously –“permits Vietnam to have foreign investors, and Macau-based VIP gaming operators are reportedly starting investing in the casino industry of Vietnam,” Mr Cortés noted.

He added: “Due to its proximity to the People’s Republic of China, Vietnam has an enormous potential for the industry.”

There have been reports of some large-scale Vietnam casino resorts possibly being allowed to offer gambling to locals by the turn of the year.

Augustine Ha Ton Vinh, an academic who says he has been advising the government there on liberalising Vietnam’s gaming industry, told a panel moderated by GGRAsia at the MGS Entertainment Show – a casino industry trade exhibition and conference held in November – that two Vietnam properties would be in the first wave of gambling for locals. He said they were a so-called integrated resort at Van Don in northern Vietnam, and one on Phu Quoc Island in the south; with two more – in Ho Tram and at Hoi An – “in limbo”.

The prospect of local play in Vietnam has had major U.S.-based casino firms including Las Vegas Sands Corp and Hard Rock International LLC studying the market.

But there appears to be a high mandated threshold for capital expenditure per resort: it is reportedly US$2 billion currently, rather than US$4 billion as mentioned previously in some provincial government announcements regarding new projects. Such an entry price does not appear to guarantee operators permission for entry of locals, and the locals initiative is at this stage only for a trial period due to run for three years.

“We’re not necessarily in love with the conditions or the three-year test period,” said Sheldon Adelson, chairman and chief executive of potential Vietnam suitor Las Vegas Sands, in comments to investment analysts on the group’s first-quarter 2017 earnings call on April 26.

Against that background, it could be that Chinese entrepreneurs such as Macau junket investor Alvin Chau Cheok Wa, boss of Suncity Group – who is slated for an investment at Hoi An, and who is linked to an entity due to run the gaming at Van Don – have a stronger stomach for risk in the Vietnam market than Western public companies.

During the MGS Entertainment Show in November, Andrew Klebanow, senior partner at business consultancy Global Market Advisors LLC – also known as GMA – told GGRAsia that Vietnam would need to balance its domestic policy expectations regarding what the casino industry could deliver in terms of inward investment, with the commercial needs of the operators. He described the reported US$2-billion capital threshold as an “unrealistic number”.

In 2017, as in previous years since the turn of the century – when the system for exit visas from mainland China was partially liberalised, helping to support the tourism sectors in the special administrative regions of Macau and of Hong Kong – the Macau casino market led Asia Pacific in gross gaming revenue terms (GGR).

Grant Govertsen, managing director of brokerage Union Gaming Securities Asia Ltd, told GGRAsia in an emailed commentary: “Clearly VIP has re-emerged as the driving force behind what should be approximately 20 percent GGR growth in Macau in 2017.”

It has become a truism of the Macau casino scene that new non-gaming products can sometimes struggle to find a role and a market. Not if the product is right, suggested Mr Govertsen, giving as an example the food and drink offerings of Galaxy Entertainment.

“Simply put the company has instituted significant changes and additions to its F&B [food and beverage] offerings at what feels like a lightning pace,” said the analyst.

“Well-known brands, concepts that mainland [Chinese] visitors enjoy, reasonable price points, and easy access have played a part in driving incremental foot traffic to Galaxy Macau (and to a lesser extent to StarWorld too),” he added, referring first to the casino group’s Cotai flagship, and second to its main Macau peninsula property.

In the Philippines, Joe Pisano, chief executive and founder of Jade Entertainment and Gaming Technologies Inc, a Manila-based distributor and operator of casino gaming machines, told GGRAsia regarding the prospects for Galaxy Entertainment’s Boracay project: “Of the local tourists that go to Boracay they are not of the demographic that would frequent casinos: basically they are millennials going to the beach to party.” The latter was a reference to young adults born at the turn of the current century.

“If Galaxy [Entertainment] has an airstrip in their plans and they are able to bring players directly from China then they could make it work,” added Mr Pisano.

Referring to another holiday island destination in the Philippines where several casino resort schemes have been proposed, the gaming entrepreneur added: “The new Cebu properties have a lot of advantages over the Boracay developments – an international airport, local customer base, and several established five-star resorts.”

Galaxy Entertainment has also expressed interest in obtaining a casino licence in Japan, as have many other international casino operators. But the arrival of year-end without the passage in Japan of an anti-gambling addiction bill – a statute seen as a precondition of casino industry legalisation – only pushes the request for proposal stage further down the track, a number of industry commentators have said.

In the casino equipment supply sector, 2017 saw a continuation of the merger and acquisition trend that started earlier in the decade. In the latest round, a predominant theme was acquisition – by traditional casino slot machine and electronic table games makers – of new technology firms involved in either so-called social casino games or online sports betting.

In October, Aristocrat announced it had completed the takeover of social gaming company Plarium Global Ltd, for US$500 million, after receiving all relevant regulatory and other approvals.

On December 20, Scientific Games announced the acquisition of Canada-listed sports betting firm NYX Gaming Group Ltd would close on January 5 after being approved “by an overwhelming vote of NYX shareholders”. In September, Scientific Games said it wanted to expand its existing digital gaming and online gambling portfolio by acquiring NYX Gaming for approximately CAD775 million (US$604.3 million), including debt.

At the end of September, Scientific Games had total net debt of US$7.98 billion, according to its third-quarter earnings statement issued on November 1.

“I was really surprised how aggressive Scientific Games have remained despite high debt; but you have to remember they have a couple of very large shareholders, [a scenario] which always tends to result in more aggressive management,” the casino technology sector industry veteran – who asked not to be identified by name – told GGRAsia. “I see this continuing unless we have a serious economic bump in the road,” the person added.

The industry source said, asserting no commercial interest in the topic: “Aristocrat in particular are being very smart in pursuing acquisitions but not ‘absorbing’ them in the core business. They are running them as virtually independent business which seems to be working very successfully.”

The person further stated: “This worked for them very well with the acquisition of Product Madness and they seem to be continuing that trend.”

Aristocrat acquired Product Madness Inc, an online social casino games developer, in 2012. The consideration involved was not declared at the time.

Referring to the conventional slot games segment for land-based casinos, the industry commentator told us: “For Asia, I don’t think we will see a substantial weakening of Aristocrat as they are looking after their core games and trying to establish and expand the business with a premier portfolio. Yes, compared to 10 years ago, they do have a good competitor in Scientific Games, but this really made sure they didn’t get complacent. Top line growth for Aristocrat [in Asia Pacific] will remain difficult with the market share they [already] possess,” said the person.

At the MGS Entertainment show in November, the Macau regulator revealed that in the city’s casino market, Aristocrat had a market share of 48 percent of the total number of EGMs in the market as of July, while Scientific Games was some way behind, with a market share of 17 percent.