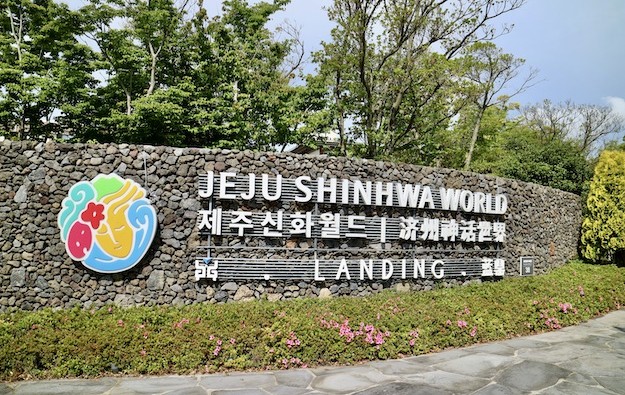 Landing International Development Ltd, operator of the Landing Casino on Jeju island, in South Korea, says it expects to record a “substantial increase” in year-on-year terms in consolidated revenue – of “approximately 45 percent” – for the first half of 2022. That is despite a “decline in revenue derived from the gaming business” during the same period.

The company made the announcement in a profit warning filed with the Hong Kong Stock Exchange on Wednesday. It added it planned to release its interim results for the first half of 2022 “by late August”.

Landing International stated it expected to record “a decrease of approximately 65 percent to 85 percent in consolidated net loss” for the six months ended June 30, as compared with the corresponding period in 2021.

The firm said the improved year-on-year performance was attributable to an increase in spending by South Korean customers at its Jeju Shinhwa World resort (pictured), which houses the Landing Casino. Such increase had been spurred by “a series of marketing campaigns”, it stated.

Also contributing to Landing International’s first half results were: an “increase in residential property sales activities”; a “decrease in amortisation and depreciation” costs; a decline in operating expenses “resulting from stringent cost controls”; an “increase in fair value of investment properties”; and “the possible impact on recognition of impairment on intangible assets and reversal of trade and other receivables impairment”.

In May, a resort executive told GGRAsia that Landing International planned to add 100 more units of ‘Somerset’-branded condominium accommodation and villas to Jeju Shinhwa World, in a second phase of development. The timetable and cost for that work were not disclosed at the time.

Visa-free access to Jeju for holders of certain passports was restarted on June 1, after a more-than two-year pause.

Authorities in South Korea have announced earlier this month a visa-free offer for a segment of the South Korean tourism target market. The scheme covers visits to Jeju, as well as travel to the South Korean peninsula. It runs from August 4 to 31.