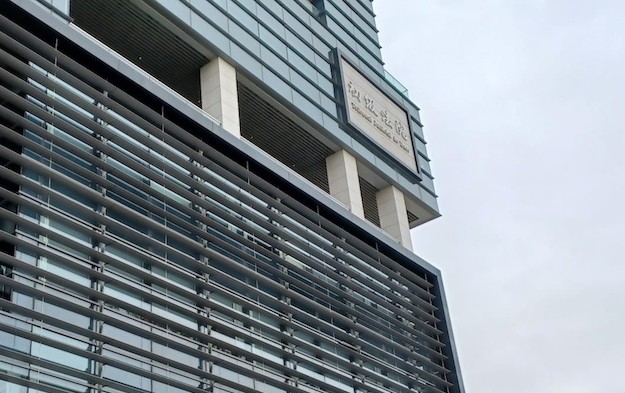 Monday’s hearing at Macau’s Court of First Instance (pictured), was the start of a process likely to take a number of weeks.

According to a copy of the indictment reviewed by GGRAsia, the prosecution claims multiplier business enabled by Tak Chun generated rolling chip turnover of more than HKD34.9 billion for the period covering April 2014 to February 2020. As a result, the Macau government missed out on about HKD575.21 million in tax that should have been paid on gross gaming revenue (GGR) generated from such turnover.

With the multiplier, the bet denominated at the casino gaming table is said actually to represent a bet made privately that can be a multiple many times the ‘official’ one, thus avoiding paying on some bets Macau’s effective 39-percent tax rate on casino GGR.

The case involves nine defendants in total, but Mr Chan was the only one present in court on Monday. It was his first appearance in public since his detention in late January, and subsequent arrest.

Details of the indictment were not read out in court, but Mr Chan was asked by the trial judge at the start of proceedings if he wished to say anything about the indictment. He declined to do so.

According to the copy of the indictment seen by GGRAsia, Mr Chan and the other defendants were charged with crimes including being a member of an illegal criminal organisation, illicit gambling operations, defrauding the Macau Special Administrative Region government and the city’s six casino concessionaires, and money laundering. The operation of under-table bets and of ‘proxy betting’ were stated as violations of Macau’s Law No.8/96/M, the Regime of Illicit Gambling, according to the indictment.

During the Monday hearing, several former Tak Chun Group staff gave evidence as witnesses. Some of them respectively admitted they were aware of training materials for internal company use that mentioned so-called ‘under-table’ bets and ‘telephone-assisted bets’ as elements of the group’s services.

Some of them also admitted that during their employment at Tak Chun Group, they had transferred clients who requested under-table bets, to designated colleagues.

Another witness, Wong Iat Hoi – also from the development department -  told the court that from his understanding, the junket group issued a higher-than-standard “commission rate” to agents that introduced players seeking under-table bets. Such commission was “1.8 percent”, compared to “1.15 percent” for regular play, Mr Wong told the court, though he didn’t specify if that was a reference to rolling chip commission.

‘Telephone-assisted betting’ is understood to be a reference to proxy gambling, whereby a ‘proxy’ physically present in a casino takes a bet on a casino-based live gaming table – typically via telephone – on behalf of a player not physically present in the casino. During the Monday session, several other former Tak Chun Group staff said they had internal training materials explaining how to assist a client to download a mobile phone application, which allowed the client to wager on live-table play hosted in unidentified gaming venues in the Philippines.

The local casino regulator, the Gaming Inspection and Coordination Bureau, known by its Portuguese acronym DICJ, had announced in May 2016 a ban on proxy betting in Macau casinos.

Some Macau casinos visited by GGRAsia on Thursday, actually had tables that were closed, notwithstanding strong consumer demand during Chinese New Year (CNY). The reasons for some tables being... END_OF_DOCUMENT_TOKEN_TO_BE_REPLACED