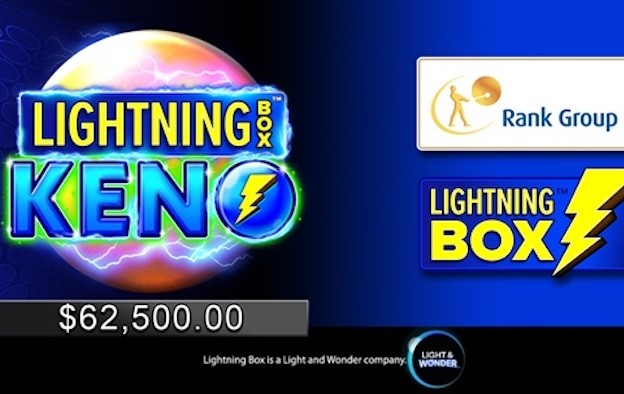 In the game, players pick between three and 10 numbers from a grid of 80 possible choices. Players have an option to pick numbers themselves or have them determined randomly by the ‘quick pick’ feature.

Once numbers are chosen, the play round begins, and 20 numbers are randomly drawn and displayed on the grid, with at least two matching numbers awarding a win. Landing six or more awards, triggers a “lightning respin” round.

Lightning Box’s keno product will for an initial two weeks be exclusively on the Rank Interactive platform. It will then be made available to customers of Light & Wonder’s OpenGaming aggregation platform, alongside Lightning Box digital slot products including “Crystal Vault” and “Blood and Gold”.

Rob Procter, vice president for game development at Light & Wonder, was cited in a press release as saying: “Keno demonstrates Lightning Box’s flexibility to produce engaging and entertaining titles, with this being the first table game created by the studio.”

He added that the new product was a blend of traditional table game with a “lightning respin mechanic that we are confident players will enjoy”.

The decision by the Macau government to grant fresh 10-year licences to each of the city’s six incumbent casino operators has been welcome by top management at those firms. Each of the concessions... END_OF_DOCUMENT_TOKEN_TO_BE_REPLACED