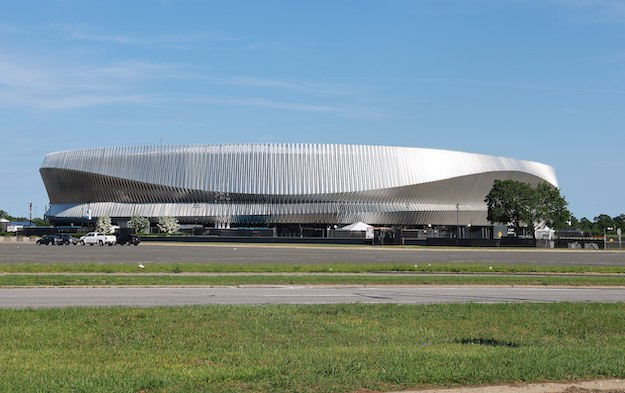 In a Thursday press release, Las Vegas Sands “announced its intention to pursue the development of a multi-billion-dollar flagship hospitality, entertainment and casino project on Long Island, New York.”

“The company has entered into agreements to purchase the long-term lease of the site currently home to the Nassau Veterans Memorial Coliseum [pictured]. These transactions, which still require certain approvals, would grant the company control of up to 80 acres [32.4 hectares] in Nassau County, New York,” added the company.

If successful, the project would mark the return of Las Vegas Sands to the U.S. gaming market. In February last year, the group completed the US$6.25-billion sale of The Venetian Resort in Las Vegas, Nevada, in the United States. The firm said at the time that it was “focused on reinvestment in Asia and high-growth opportunities in new markets.”

Thursday’s release quoted Rob Goldstein, chairman and chief executive of Las Vegas Sands, as saying: “We strongly believe Long Island can be home to one of the region’s great entertainment and hospitality developments.”

The group’s proposal would include “outdoor community spaces, four and five-star hotel rooms and a world-class live performance venue,” according to the statement. Other amenities would include a casino, “planned to represent less than 10 percent of the project’s total square footage”, a spa, swimming pool and health club, and a variety of other entertainment offerings.

The complex would also feature “celebrity chef restaurants, experiential events and venues, and flexible meeting and convention space, including ballrooms,” the firm added.

Large gaming operators with Asia venues are among those that have either been linked by analysts with a bid for a New York downstate licence, or have directly expressed interest previously. They include Malaysia’s Genting group; MGM Resorts International, which controls Macau operator MGM China Holdings Ltd; and Wynn Resorts Ltd, parent of Wynn Macau Ltd.

Brokerage CBRE Securities LLC suggested in a recent note that MGM Resorts and the Genting group – the two companies already run electronic games facilities in the state – were “front-runners” for two of the three downstate New York licences “given their long-standing history in the state”.

Some Macau casinos visited by GGRAsia on Thursday, actually had tables that were closed, notwithstanding strong consumer demand during Chinese New Year (CNY). The reasons for some tables being... END_OF_DOCUMENT_TOKEN_TO_BE_REPLACED