Macau arrivals on May 1 best day since pandemic start 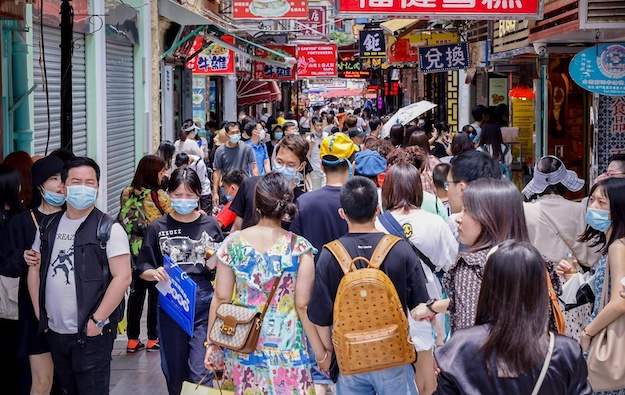 Macau recorded on Saturday (May 1) its highest daily total of visitor arrivals since the advent at the start of last year of the Covid-19 pandemic, according to preliminary data released by the city’s police. The tally on Saturday – at the start of the Labour Day Golden Week – stood at more than 44,000, beating the previous daily record for 2021, which had been 34,729, on April 17.

China’s State Council has designated the first five days of May as the Labour Day break for this year. Mainland China currently has a quarantine-free travel bubble with Macau, and is presently the main source of Macau’s tourists.

The number of visitor arrivals to Macau declined on Sunday, the second day of the holiday period, to more than 36,000. On Monday, Macau recorded circa 34,000 visitor arrivals, according to police data cited by the Chinese-language channel of public broadcaster TDM.

The local authorities were expecting the average daily number of visitor arrivals to Macau during the Labour Day Golden Week to surpass the 40,000 mark. That would be an increase of about 20 percent compared with a previous peak in April, said last week the city’s police.

A number of luxury hotels in Macau casino resorts was already sold out for at least three nights of the five-day break surrounding the Labour Day holiday season, according to data collated at the time by GGRAsia from official hotel booking websites.

Airlines operating at the Macau International Airport were planning to run 124 outbound flights from the mainland to Macau during the holiday break, with the number of flights between the two sides recovering to about 50 percent compared with the same period in 2019, according to the airport operator.

The number of passengers and flights exceeded 11,000 and 100 in each of the first two days of May, said the Macau International Airport Co Ltd, a body also known locally as CAM.

Macau’s unemployment rate, and the resulting social pressure, could potentially result in “instability” regarding the city’s security, said the Office of the Secretary for Security in... END_OF_DOCUMENT_TOKEN_TO_BE_REPLACED