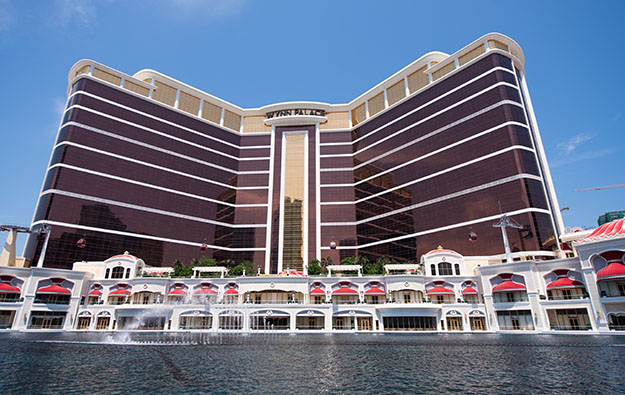 The casino closure step in Macau is costing Wynn Resorts Ltd between US$2.4 million to US$2.6 million a day, said the group’s chief executive Matt Maddox on an earnings conference call on Thursday. Wynn Resorts, the parent company of Macau casino operator Wynn Macau Ltd, reported a loss for the fourth-quarter 2019.

In an effort to prevent the spread locally of the mainland-China originating novel coronavirus infection, the Macau government announced that the city’s casinos would be closing for at least 15 days, starting from February 5. Commentary from several brokerages has suggested that Macau’s casino gross gaming revenue might fall by about 50 percent year-on-year in the first quarter this year.

Speaking on the group’s fourth-quarter earnings call, Mr Maddox said the group had conducted a “controlled and organised” closure of its casinos in Macau. Wynn Macau Ltd runs two such facilities in Macau: at Wynn Macau in the downtown peninsula district, and at Wynn Palace casino resort (pictured) on Cotai.

“We do still have our hotel and a couple of restaurants open for the few remaining guests that are in Macau. But during this time that the casino is closed, our operating expense burn rate is roughly US$2.4 million to US$2.6 million a day. And that’s largely comprised of payroll to our 12,200 employees,” stated Mr Maddox.

The group CEO said the company has “roughly US$1.8 to US$1.9 million a day of payroll” in its Macau operations, assuring that the company is “not looking into cutting that at all”.

He added: “Now is the time you invest in your people, you don’t do something short-term that would hurt the culture and cause any distraction. We know that this is going to be temporary and we think that it is the right long-term investment.”

Mr Maddox said however it was “a little early” to predict when the operations would be back to normal in Macau. “They will be eventually, we are not exactly sure when,” he stated, adding that the group’s primary focus was the safety of employees and customers.

“The team on the ground is working with the [Macau] government on a daily basis and watching very carefully if there will be any continued outbreak of the virus,” he added. “We do feel good about the long-term aspect of Macau as soon as the virus is completely contained.”

The Wynn Resorts CEO noted also that Macau was “set up for a good 2020” before the coronavirus outbreak, with the company reporting US$4 million a day normalised EBITDA between December 23 and January 10.

There has been commentary by some of Wynn Resorts rivals in the Macau market that the closure of the casinos could be longer than two weeks, depending on the severity of the virus and the efforts to prevent its spread. Some of the city’s hotels have already suspended their operations from Friday until at least February 20.

Earlier on Thursday, Las Vegas-based Wynn Resorts reported a net loss – on a U.S. generally accepted accounting principles – of US$72.9 million for the fourth quarter of 2019, compared to net income of US$464.9 million in the prior-year period, which included a net tax benefit of US$390.9 million. Operating revenues for the period declined by 2 percent year-on-year, to US$1.65 billion, due to a slowdown in Macau in the later part of the quarter.

Nonetheless the parent declared on Thursday a US$1.00 dividend per share for the quarter, payable on March 6, to stockholders of record as of February 26.

Adjusted property earnings before interest, taxation, depreciation and amortisation (EBITDA) were US$443.1 million for the fourth quarter of 2019, down 11.3 percent from a year earlier.

Mr Billings said additionally that most of Wynn Resorts “debt stack” was comprised of long-dated unsecured bonds, with no maintenance covenants. The group’s two bank facilities however have maintenance covenants, said the executive, but the group had enough buffers in financial terms to sustain the closure of the casinos.

“The U.S. facility has more than ample covenant headroom to sustain a very prolonged period of suppressed business volumes in Macau and the Macau facility does have a maintenance covenant that is sensitive to Macau EBITDA,” said the Wynn Resorts CFO.

He added: “We already have a game plan in place to manage that [covenants of the Macau bank facility] to the extent that the shutdown is extended – but it would have to be quite extended. We have a ton of liquidity, we have a couple of billion [U.S.] dollars between cash and revolver in Macau, and that’s sufficient to last for really any period of closure.”

Ian Coughlan, president of Wynn Macau Ltd, said on the parent’s earnings conference call that the Macau unit has been doing a “good job” in controlling costs, without “hurting the quality of service, product and facility”. The executive said that the Macau operation had been “able to bring headcount down” and had in place a “hiring freeze”.

The executive said additionally that Wynn Macau Ltd was “well prepared to drive strong operating leverage” when the Macau market “returns to normal”.

JP Morgan Securities (Asia Pacific) Ltd stated in a Thursday note that Wynn Macau Ltd showed “impressive” control of operating expenses, down about 2 percent year-on-year in the fourth quarter, “which is respectable considering ongoing wage hike and increased competition from new openings in the past year”.

For the fourth quarter 2019, Wynn Macau Ltd reported a net profit of US$182.0 million, compared with US$186.3 million a year earlier. The Macau operations delivered adjusted EBITDA of US$347.7 million on US$1.1 billion of operating revenues, down respectively 4.9 percent and 13.8 percent in year-on-year terms.

On Thursday’s investor call, Mr Maddox said that in the fourth quarter the Macau unit experienced “quick growth in core mass, coupled with compression in the VIP segment”.

“October was quite strong, generating EBITDA of a little over US$4.0 million a day, but we began to see deceleration leading up to the 20th anniversary of the handover of Macau back to China on December 20, just like the entire market,” said the CEO.

Operating revenues from casino resort Wynn Palace were US$590.0 million for the fourth quarter of 2019, a 20.3-percent decline from the prior-year period. Adjusted property EBITDA from that venue were US$177.6 million for the period, down 21.6 percent over the same period of 2018.

Casino revenues from Wynn Palace were US$490.4 million for the quarter ended December 31, a 23.0-percent fall from US$636.9 million a year earlier. Table games turnover in VIP operations fell by 42.4 percent year-on-year, to US$9.31 billion. VIP table games win as a percentage of turnover was 3.07 percent, above the expected range of 2.7 percent to 3.0 percent.

At the Wynn Macau casino hotel, operating revenues were US$525.4 million for the fourth quarter of 2019, a 5.1 percent year-on-year decline. Adjusted property EBITDA stood at US$170.1 million, a 1.5 percent increase over the same period of 2018.

Casino revenues from Wynn Macau were US$455.9 million for the quarter ended December 31, a 4.8 percent year-on-year decline. Table games turnover in VIP operations was US$7.93 billion, down 37.9 percent compared to the same quarter of 2018. Table drop in mass-market operations at Wynn Macau rose by 10.6 percent year-on-year, to US$1.39 billion for the period. Table games win in mass-market operations was US$283.2 million, a 10.7 percent increase from the fourth quarter of 2018.

Mr Coughlan confirmed on the call that the renovated West Casino at the Wynn Macau property opened in mid-November, with 44 tables. “[It] did exceptionally well; lifted premium mass with incremental business for Wynn Macau,” said the executive, confirming also that all of the Encore Macau rooms were back in operation after the revamp.

Visitor volume to Singapore grew by 472.2 percent year-on-year in the first four months of 2022, to 540,430, according to data issued by the city-state’s tourism board. The four-month figure is... END_OF_DOCUMENT_TOKEN_TO_BE_REPLACED