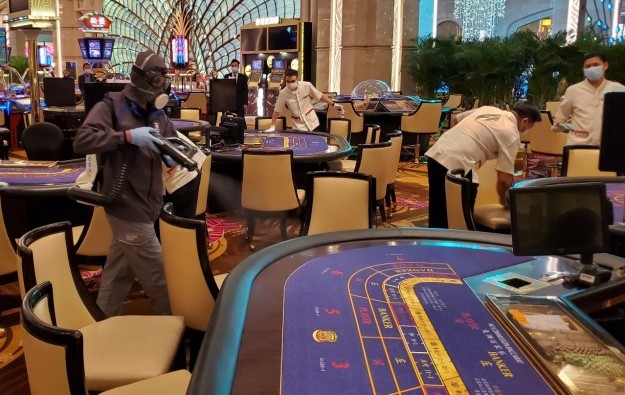 Macau’s casino regulator, the Gaming Inspection and Coordination Bureau, has issued guidelines for the city’s operators regarding the reopening of their venues that can take effect after the stroke of midnight on Thursday (February 20). The recommendations include a limit on the number of gaming tables allowed to operate and a restriction on the number of available seats at each table.

The existing Macau government-ordered 15-day shutdown of the city’s gaming properties – as part of local containment efforts regarding the novel coronavirus episode – runs until today (Wednesday) inclusive. The government said on Monday that casinos were permitted to reopen from Thursday.

According to the guidelines issued on Tuesday, any gaming area inside a casino cannot have more than half of its existing gaming tables in operation, and such tables should have a minimum distance between them. The exact distance was not disclosed in the statement published by the gaming regulator, a body also known as DICJ. It followed a meeting with top executives of the city’s six casino operators.

A senior executive of Sands China Ltd had mentioned to Macau’s public broadcaster on Tuesday that the regulator had recommended a minimum 1-metre (3.3 feet) distance between gaming tables in the reopened properties; and such a gap between table games dealers and gambling patrons.

In Tuesday’s written announcement, the Macau casino regulator stated that patrons would not be allowed to place bets while standing by a gaming table. The number of seats at each gaming tables will also be restricted, said the regulator, adding that there should be an empty seat between each of the patrons. As such, only three to four guests should be permitted to sit at what would ordinarily be a seven-seat gaming table, said DICJ.

Slot machines will also resume operations but also with reduced availability – each operating slot machine should be distanced by “one or two” units that are not in operation, stated the regulator.

Staff breaks should also be dispersed so as to avoid large gatherings of employees, said DICJ. The bureau added that staff shuttle buses must be cleaned and disinfected every hour, and car parks at their respective properties should be open to staff in order to reduce the use of public transport.

Most of Macau casino operators confirmed to GGRAsia on Tuesday that they would adopt a phased opening of their respective casinos from Thursday. The companies said they would “gradually resume” normal operations depending on “guests demand” and employee availability.

The DICJ statement said also that gaming operators have had to clean and disinfect all of its respective gaming areas and facilities during the closure period. Operators must also follow the government’s instructions regarding frequency of cleaning and disinfection of their casinos.

Requirements already imposed before the casino closure will remain in place after the re-opening, such as carrying out temperature checks on all guests and staff at entrances, requiring guests and employees to wear protective face masks.

Casino operator Melco Resorts and Entertainment Ltd announced on Thursday that it would launch at the end of June a new, themed zone for “family-friendly” entertainment at its majority-owned... END_OF_DOCUMENT_TOKEN_TO_BE_REPLACED