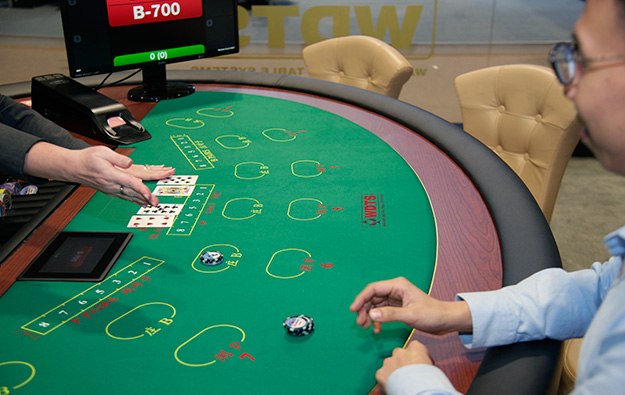 The decision by the Macau government to grant fresh 10-year licences to each of the city’s six incumbent casino operators has been welcome by top management at those firms.

Each of the concessions was awarded on a provisional basis, subject to operators finalising and entering into new gaming concession contracts with the Macau authorities, the local government announced on Saturday. The process is expected to be completed by the end of December.

A proposal by a Macau-registered entity linked to Genting Malaysia Bhd, GMM Ltd, was not among the preferred bids.

The first casino operator to react publicly to the news on the new licences was Melco Resorts.

“We are honoured to have been selected and granted a provisional award for the concession to operate gaming in Macau,” said the company’s chairman and chief executive, Lawrence Ho Yau Lung, in comments carried out in a press release.

He added: “[We] would like to thank the Macau government for running a smooth and transparent process. We are committed to Macau and its development as Asia’s premier tourist destination.”

Melco Resorts noted in its release that the final award of the new “concession, and the terms and conditions of the concession contract, remain subject to the determination of the Macau government.”

Also in comments carried out in a press release, Lui Che Woo, chairman of Galaxy Entertainment, said the firm would “incorporate innovative elements” into its operations and make use of its “experience to further propel Macau’s development as a ‘World Center of Tourism and Leisure’.” The latter refers to a policy aim of the local authorities that has been endorsed by the central government.

The company stated its would “fully cooperate” with the Macau government on the “subsequent work” related with finalising the new concession contract. “Galaxy Entertainment will introduce more unique and innovative world-class non-gaming facilities and experiences to our existing and soon-to-launch projects, and continue to live up to its corporate citizenship pledge”, the company stated.

Robert Goldstein, the chairman and CEO of Sands China, said, quoted in a company press release: “Our commitment to Macau has never wavered and we are honoured to continue the partnership we began with the government and people of Macau 20 years ago.”

The executive added: “In the coming decade and beyond, we will remain steadfast in our strategy of continuous investment in Macau – in its economy, its people, and its community. Macau’s future as an international tourism destination remains bright and we look forward to furthering our leadership role in helping it reach its full potential.”

SJM Holdings issued a press release stating the firm “expresses its appreciation to the Macau government for the opportunity to continue its contribution to the Macau economy and to the development of Macau as a ‘world centre of tourism and leisure’.”

SJM Holdings added it was “confident in the long-term growth prospects of Macau”, and looked forward to “contributing to the sustainable development of the local economy in the coming decade.”

“During the final stages of the formal tender process, SJM will continue to work closely with the Macau … government and the committee for the gaming concessions public tender,” the firm stated.

In a press release, MGM China also expressed “sincere gratitude” to the Macau authorities for granting the firm a new gaming licence. The company – whose proposal received the highest score from the Macau government – said it would continue to participate in the development of Macau’s tourism and leisure industry, namely via non-gaming activities and efforts to attract more international visitors to the city.

“We firmly believe in Macau’s full recovery” and that the city will “continue to grow, becoming even stronger as a holistic tourism destination,” MGM China said.

In comments emailed to GGRAsia, Michael Weaver, chief communications and brand officer for Wynn Resorts Ltd, parent of Wynn Macau Ltd, noted that “the ultimate award of the gaming concession contract remains subject to the final documentation of its exact terms and conditions with the Macau government”.

GGRAsia approached the Genting group for comment on the result of Macau’s public tender to award new casino concessions. We had not received a reply from the group by the time this story went online.

International casino operator Las Vegas Sands Corp has been ranked as the most sustainable firm in the global casino sector, according to the 2023 edition of the S&P Global Sustainability... END_OF_DOCUMENT_TOKEN_TO_BE_REPLACED