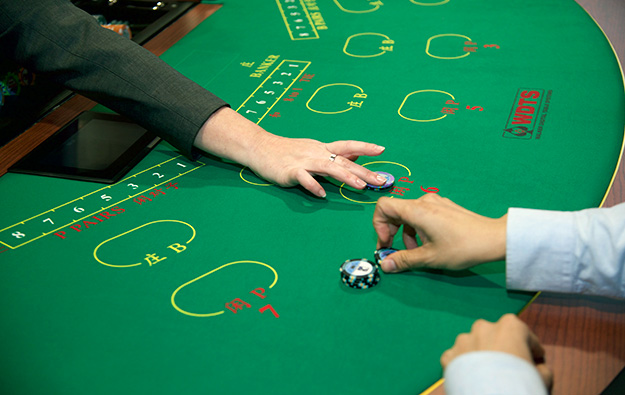 Macau’s February casino gross gaming revenue (GGR) was up 22.3 percent month-on-month, and also rose year-on-year, according to data released on Tuesday by the local regulator, the Gaming Inspection and Coordination Bureau.

February GGR was nearly MOP7.76 billion (US$963.8 million), versus the MOP6.34 billion achieved in January.

This February’s result “implies mass GGR recovered to about 48 percent of pre-Covid levels, while VIP was at around 5 percent – mostly direct VIP,” said a Tuesday note by JP Morgan Securities (Asia Pacific) Ltd, referring latterly to VIP players managed directly by the casinos, rather than with credit issuance and collection organised by traditional junkets.

“The question, however, is how sustainable this level of demand would be in coming months, given seemingly rising Covid-19 cases in the [Chinese] mainland, especially in Guangdong – which accounts for the majority of Macau’s visitors,” added analysts DS Kim, Amanda Cheng and Livy Lyu, referring to the mainland province next to Macau.

Chinese New Year – in pre-pandemic times a very busy trading period – was celebrated in the month of February this time, and in 2021.

Outbreaks regionally or locally of Covid-19 throughout last year coincided with tightening of travel rules between mainland China and Macau, and also coincided with some volatility in monthly GGR performance. The Chinese mainland is the only place currently to have a largely quarantine-free travel arrangement with Macau.

Collaboration between Macau casino operators and government-licensed VIP gaming promoters – also known as junkets – has mostly been suspended for now, according to various statements by the city’s casino operators.

That has coincided with casinos freshly taking on high-roller players as directly-managed customers, according to some investment analysts, citing management commentary.

Macau recorded 965 “gaming-related” crimes in full-year 2022, down 29.7 percent on the 1,372 identified in the previous year, according to the latest statistics published on Tuesday by... END_OF_DOCUMENT_TOKEN_TO_BE_REPLACED