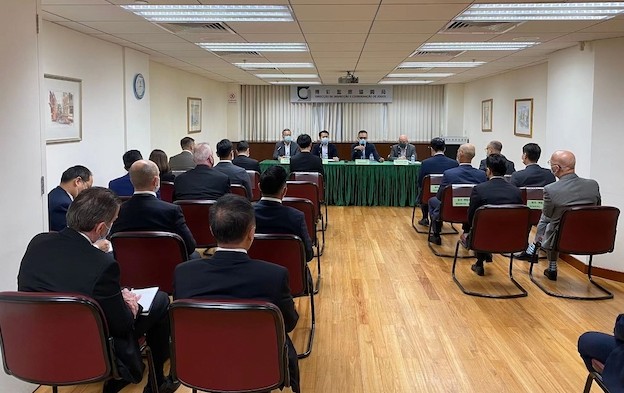 Macau’s gaming regulator has praised local casino operators’ compliance with Covid-19 prevention measures and their cooperation with authorities on citywide testing rounds, as well as on tackling crime.

The Gaming Inspection and Coordination Bureau said that operator checks – made at resort entrances – of the health declarations made via Macau’s electronic health code system by members of the public, had prevented “many people” with either a restrictive ‘red’ or ‘yellow’ code, from getting onto the premises.

The bureau, also known by its Portuguese-language acronym as DICJ, stated in its Friday evening press release, that the gaming companies had also “actively cooperated” with the Covid-19 citywide testing programme by hosting in aggregate 10 testing sites at their respective facilities.

Macau has had three rounds of citywide testing programme since August, with the most recent early in October.

The gaming bureau’s commentary on the operators was issued following representatives of DICJ, the Judiciary Police, and the security departments of the six gaming concessionaires, having on November 9 what was described as a regular quarterly meeting (pictured).

The regulator said the three parties had set up an “effective” working mechanism to cooperate in the fight against gaming-related crimes, namely those using fake banknotes.

DICJ stated that organised groups have been increasingly using ‘bank-teller training notes’ to cheat gamblers in the city. Such training items – with some resemblance to real currency – are commonly used by banks in mainland China to coach their tellers.

The Macau gaming regulator said the Judiciary Police had stepped up their efforts to tackle such scams, and had been able to identify the alleged fraudsters “more quickly” thanks to a 24-hour communication mechanism with the concessionaires’ security departments.

In April the police announced that they had broken up a mainland China-based fraud ring believed to have gained over MOP10 million (US$1.25 million) in illegal proceeds from 73 cases involving bank-teller training notes.

Only one scam case using such notes was spotted after the crackdown, which “proves the impact of this operation”, DICJ stressed.

The bureau said cooperation with gaming concessionaires on tackling crime should become even closer in the future.