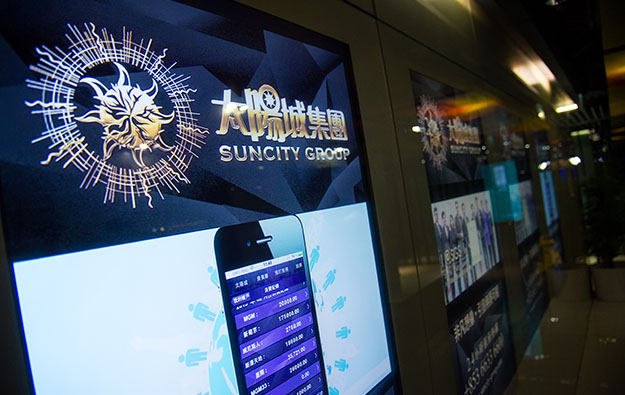 Macau’s Labour Affairs Bureau is opening today (Monday, December 13) a special counter to provide support and consultancy services in labour-related matters to “workers impacted by the Suncity Group incident.” The Sunday announcement came after news that the Macau-licensed junket unit of Suncity Group had terminated operations on Friday.

The impact of Suncity Group’s downfall on employment in Macau is unclear. Aside its involvement in gaming operations, the group is also engaged in a number of other local industries via other units, from travel to restaurants.

Macau-licensed junket operator Sun City Gaming Promotion Co Ltd – the main gaming arm of Suncity Group in Macau – announced to workers in an internal memo on Friday the “immediate termination” of business. The firm said in a short memo in Chinese it was unable to continue operations following being notified by all six casino operators in Macau they were suspending their respective partnerships with the junket brand, and after the group’s internal systems were impacted by the ongoing criminal investigation involving the firm’s boss, Alvin Chau Cheok Wa.

All the Macau-based VIP gaming rooms of Suncity Group, described previously by investment analysts as the largest VIP junket promoter in the city, had ceased operation since December 1, as confirmed at the time by the city’s gaming regulator.

That release by Macau’s gaming regulator did not mention the total number of VIP rooms in Macau covered by the closure, and what would happen to the staff at those venues.

The local regulator later said – in a joint statement with the Labour Affairs Bureau – that jobs of staff working in junket-promoted VIP rooms in the city could not be affected by the suspension of these venues, as those workers were contractually linked to the casino operators. But it added that workers in non-gaming positions directly employed by junket operators should “safeguard their labour rights”.

The termination of the operations of Sun City Gaming Promotion came after the group’s boss, Mr Chau, was detained on November 27 on suspicion of organising illegal gambling for Chinese customers, including online gambling via the Philippines.

Macau’s casino gross gaming revenue (GGR) for the first five days of February is estimated at MOP1.9 billion (US$235.1 million) – or MOP380 million per day – a level that suggests a “45... END_OF_DOCUMENT_TOKEN_TO_BE_REPLACED