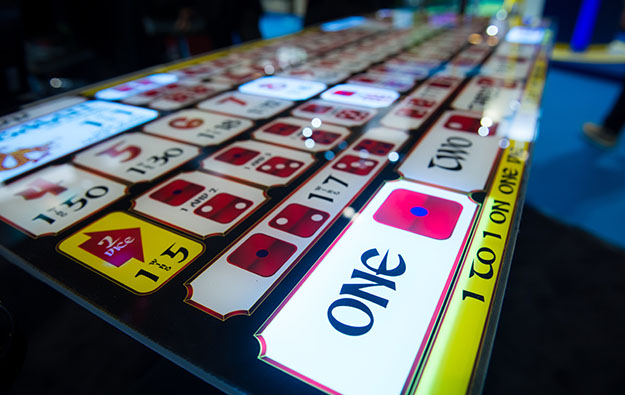 Macau casino gross gaming revenue (GGR) per day in the first five days of the new calendar year was up approximately 11 percent compared to the daily average in December, but roughly 4 percent down year-on-year, based on a month-to-date comparison with January 2019, said a Monday note from Nomura banking group’s Instinet LLC.

But it added the institution still expected “roughly flat” GGR performance in January, versus a ConsensusMetrix estimate of -1.5 percent.

Macau’s daily GGR for the start of January was around MOP820 million (US$102.4 million), versus a daily average for December of MOP737 million, said Nomura analysts Harry Curtis, Daniel Adam and Brian Dobson.

“By segment, we estimate that average daily mass revenues are up approximately 5 percent to 7 percent year-on-year,” they stated regarding 2020 performance so far.

The Nomura team added that VIP volumes for the first five days of this year were tracking “approximately 15 percent to 20 percent lower” versus the same period last year.

The institution said that Macau GGR per day for the combined January and February period “typically” shows a 4 percent to 5 percent improvement sequentially compared to December.

“However, we expect somewhat better year-on-year performance in January than we do in February this year,” stated the Nomura team.

This was due to an “easier” January comparison, as GGR declined 5 percent in January last year versus a 4.4 percent increase in February 2019 GGR; and an earlier date for Chinese New Year this calendar year: January 25, versus February 5 in 2019.

Brokerage Sanford C. Bernstein Ltd said in a Monday memo that its “channel checks” indicated Macau’s aggregate casino GGR for January 1 to 5 was estimated at circa MOP4.1 billion with an average daily rate of about MOP820 million, “helped by improved demand” in the aftermath of a three-day December visit to the city by China’s President Xi Jinping, and “high hold” by the casinos.

A number of investment analysts had highlighted that factors prior to and during Mr Xi’s visit – including reportedly tighter administrative controls on mainland resident exit visas for travel to Macau and tightened security locally – had been factors depressing December demand for Macau gambling services. Macau’s December GGR slipped 13.7 percent year-on-year according to data released on January 1 by the city’s government.

Sanford Bernstein estimated January and February GGR combined would perform in the range of -1 percent to +2 percent measured year-on-year.

“One key driver of the January result will be how the visa constraints that were in place in November and December are being loosened,” noted analysts Vitaly Umansky, Eunice Lee and Kelsey Zhu.

“If we see continued tight visa controls in place, the GGR impact will be more negative than we currently forecast,” they added.