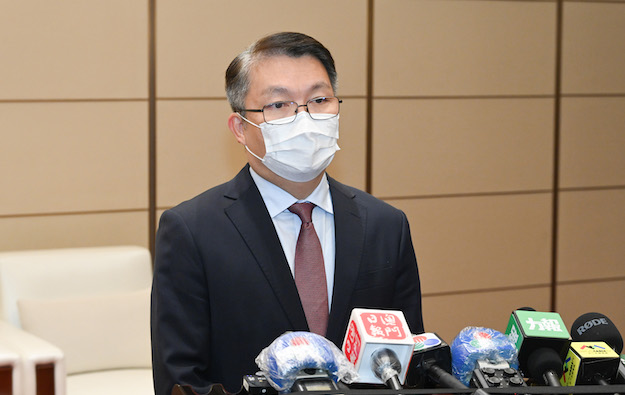 Macau’s Secretary for Economy and Finance, Lei Wai Nong (pictured), has said that agreements between the city’s casino concessionaires and junket operators will still be allowed in the future, as long as they “fulfil all legal requirements”. He was speaking to reporters on Monday, on the sidelines of an event to mark the 22nd anniversary of the establishment of the Macau Special Administrative Region.

He added that the legal framework allowed for collaboration between casino operators and junkets if “everything was done according to the law”.

The official said additionally that junket firms must “abide by Macau regulations” when conducting their promotional activities, and that the “regulations” of other jurisdictions must also be “respected” if such activities were pursued outside Macau.

Macau’s casino junket sector has been in the spotlight since the detention in Macau of Alvin Chau Cheok Wa and the shutdown of his junket brand Suncity Group, described previously by investment analysts as the largest VIP operator in the city.

Following the closure of all Suncity Group VIP rooms in Macau on December 1, it was reported that a number of the city’s casino concessionaires were to cease collaboration with other junket brands.

Linda Chen, vice-chairman and chief operating officer of casino operator Wynn Macau Ltd, confirmed to local media earlier this week that the group will terminate all its agreements with junket operators by the end of this year. Her remarks marked the first time that one of the city’s casino operators had confirmed publicly its intention to end collaboration with junket firms.

In his comments, Mr Lei confirmed that the Macau government had progressively received notice from the city’s gaming operators regarding adjustment to their cooperation with gaming promoters.

He stated that the city’s casino regulator, the Gaming Inspection and Coordination Bureau, was following up on that matter, but added that commercial arrangements between these companies had to be dealt with in a proper manner.

The government would tolerate neither responsibility-shifting that might risk creating a negative impact on the community, nor any acts that harmed the legitimate rights of employees, noted Mr Lei.

Macau’s casino gross gaming revenue (GGR) for the first five days of February is estimated at MOP1.9 billion (US$235.1 million) – or MOP380 million per day – a level that suggests a “45... END_OF_DOCUMENT_TOKEN_TO_BE_REPLACED