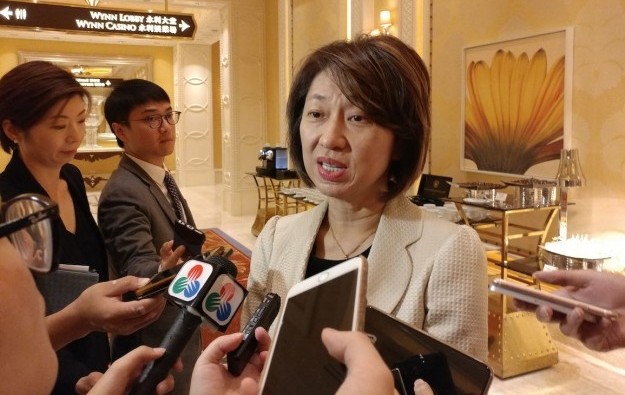 Linda Chen (pictured in a file photo), vice-chairman and chief operating officer of casino operator Wynn Macau Ltd, has confirmed to local media that the group will terminate all its agreements with junket operators by the end of this year. She said that ending the cooperation with VIP gaming promoters was “conducive to the long-term and healthy development of Macau,” according to Chinese-language newspaper Macao Daily News.

Ms Chen said additionally that the third-party managed VIP rooms would be converted into mass-market venues or for other purposes. She was speaking to reporters on Monday, on the sidelines of a public event.

Macau’s casino junket sector has been in the spotlight since the detention in Macau of Alvin Chau Cheok Wa and the shutdown of his junket brand Suncity Group, described previously by investment analysts as the largest VIP operator in the city.

Following the closure of all Suncity Group VIP rooms in Macau on December 1, it was reported that a number of the city’s casino concessionaires were to cease collaboration with other junket brands.

Ms Chen’s remarks on Monday marked the first time that one of the city’s casino operators had confirmed publicly its intention to end collaboration with junket firms.

Since early December, it has been reported that Melco Resorts and Entertainment Ltd, Sands China Ltd, and Galaxy Entertainment Group Ltd, would also close junket rooms at their respective properties by the end of this month. None of those firms have so far publicly confirmed their intention to terminate the cooperation with junkets.

Angela Leong On Kei, an executive of SJM Holdings Ltd, said a fortnight ago that the brand had ongoing “contractual relationships” with junkets, but that it would assess the situation “when these relationships expire.”

Investment bank Morgan Stanley said in a December note that the closure of junkets rooms “could effectively mean the end of junket VIP in Macau, even though there is no rule to ban them.”

The imminent return of package tours from mainland China will not only help boost Macau’s tourism businesses, but is also expected to help casinos gain more foot traffic in their mass gaming... END_OF_DOCUMENT_TOKEN_TO_BE_REPLACED