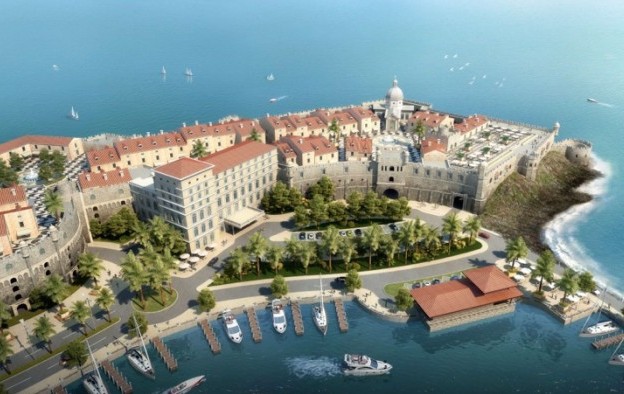 Hong Kong-listed Macau Legend Development Ltd is set to submit plans to resume construction of its gaming project in the maritime nation of Cabo Verde, off the coast of West Africa. That is according to the president of the islands’ inbound investment agency, Cabo Verde TradeInvest, José Almada Dias, in comments to Portuguese news agency Lusa.

Mr Almada Dias said construction of Macau Legend’s project in Cabo Verde had faced “some difficulties”, but that the promoters were expected soon to present a plan for its resumption.

Macau Legend’s casino resort will be located on a 152,700 square-metre (1.6 million sq-foot) land plot in Praia, the capital city of Cabo Verde, on Santiago Island.

“This project has faced some difficulties” in terms of resuming construction, due to a number of issues, including the negative impact of the Covid-19 pandemic, stated the official.

Mr Almada Dias told the media outlet that his agency has been in contact with the project promoters, and that a decision “will have to be taken” soon. “They [Macau Legend] are expected to present a recovery plan shortly”, said the official, adding that the promoters were interested in “moving forward” with the project.

Asked if the project could change hands, Mr Almada Dias stated there were no indications to that end. But he added: “The project will have to move forward, with this or other promoters.”

Macau Legend officially began construction in early 2016 of what was at the time described as a EUR250-million (US$266.2-million, at current exchange rates) project. The Cabo Verde project (pictured in an artist’s rendering) is to include luxury hotels, a casino, a convention centre, and a marina.

As part of the deal, Macau Legend was granted a 25-year casino concession and “an exclusive nationwide operation of online gaming, physical and online sports betting,” for a period of 10 years from the start of operations, according to company filings.

Since then, the firm has recorded some impairment of non-financial assets related to its investment in the development of the complex in Cabo Verde.

International casino operator Las Vegas Sands Corp has been ranked as the most sustainable firm in the global casino sector, according to the 2023 edition of the S&P Global Sustainability... END_OF_DOCUMENT_TOKEN_TO_BE_REPLACED