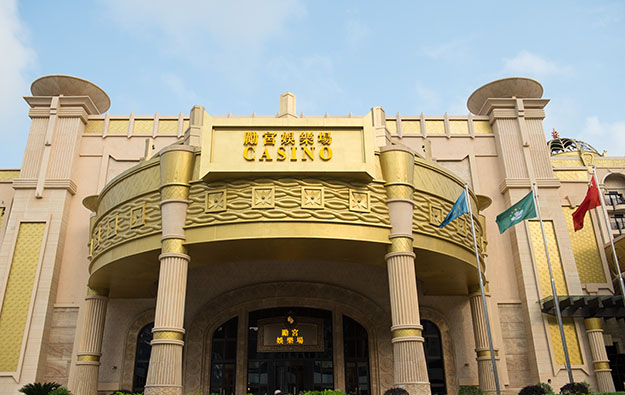 Hong Kong-listed casino services firm Macau Legend Development Ltd recorded a HKD1.97-billion (US$251-million) profit attributable to its shareholders for the 2018 calendar year, the company said on Thursday. That compares to a full-year loss of HKD507.3 million in the same period last year.

The company’s results were boosted by the sale in April of the Landmark Macau hotel for a consideration of HKD4.60-billion. The sale was booked as a HKD3.43-billion gain in the firm’s results for the 12 months to December 31, filed with the Hong Kong Stock Exchange.

Announcing its full-year results at the end of the trading day, Macau Legend said adjusted earnings before interest, taxation, depreciation and amortisation (EBITDA) were about HKD359.8 million, representing a 29.4 percent improvement over 2017’s HKD278.2 million.

For the year ended December 31, total revenue improved slightly to nearly HKD1.87 billion, up from HKD1.84 billion in 2017. Gaming was the company’s biggest contributor to total revenue, registering a 12.2-percent increase to approximately HKD1.36 billion last year, up from HKD1.21 billion in 2017. Non-gaming revenue fell by about 18.9 percent year-on-year, to HKD507.4 million last year.

The increase in gaming revenue was primarily due to a jump in the revenue contributed from Legend Palace Casino (pictured) to about HKD682.5 million. The 223-hotel room Legend Palace opened in February 2017 on the waterfront tourist attraction Macau Fisherman’s Wharf in peninsula Macau, and last year was its first full-year of operation. The company also said the Super Typhoon Hato – the city’s worst fiercest storm in 53 years – had severely interrupted operations for weeks in 2017.

Mass-market tables have been the driver of much of Macau Legend’s revenue in 2018, with the Legend Palace casino hotel more than doubling its business in that segment to HKD560.9 million last year from HKD271.6 million in 2017. Macau Legend co-chairman and chief executive David Chow Kam Fai had previously said the casino would launch with up to 66 live-dealer gaming tables, with at least 46 of them earmarked for mass play. As at December 31, the casino there had 55 mass-market tables, out of 80 tables overall.

The company said in its Thursday filing that it performed a “detailed reassessment” on recoverability of certain individual VIP gaming patrons and VIP rooms operators, as well as future profitability of Macau’s gaming business, e.g. reviewing future cash flow forecast.

Macau Legend operates three gaming facilities in peninsula Macau – the Legend Palace Casino, Babylon Casino and Landmark Casino – and a casino resort in Laos, Savan Legend Hotel and Casino. Macau Legend had licences for 194 gaming tables in Macau at the end of last year, the same number as 2017, and was utilising 177 of them. There are another 66 live-dealer tables in the Lao casino, in Savannakhe province, near the border with Thailand.

In Thursday’s results, Macau Legend said it had started work on a second stage of the Lao resort, costed at US$15 million, that would include additional gaming facilities.

Elsewhere, Macau Legend said it has completed the superstructure work on its Cape Verde office building, and is now revisiting the overall construction plan of the hotel and casino complex.  In 2016, the Cape Verde project in Africa had a price tag of EUR250 million (US$283 million).

In December, Macau Legend said it had bought a company in Cambodia holding 1,200 hectares (2,965 acres) of land near the World Heritage site of Angkor Wat that could house a Macau Legend-branded “integrated resort”.

Closer to Macau, the company has recently closed a deal to buy a 21.5-percent stake in a company that is developing a shopping complex on Hengqin Island, an area in mainland China next to Macau’s Cotai district.

The latest deal by Macau Legend is for a stake in Macau-incorporated Lai Ieng Investment Co Ltd, which owns the “勵駿龐都廣場PONTO” project in Henqin. The scheme maintains Chinese-language characters in its official branding. The agreement involves a total consideration of HKD84.5 million, including the acquisition by Macau Legend of loans totalling more than HKD20.9 million. The total construction area of the project is about 140,000 square metres or 1.5 million sq feet, and will feature more than 300 shops.