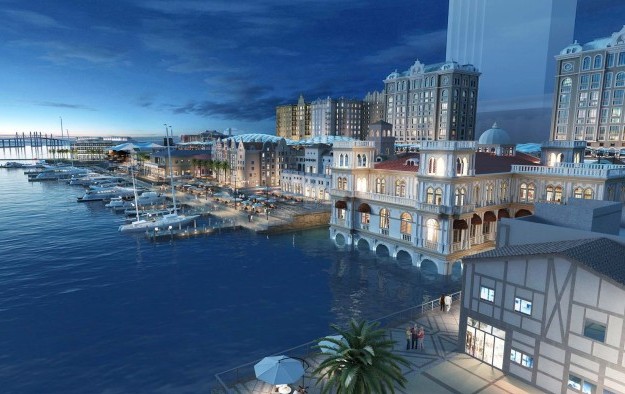 Casino services firm Macau Legend Development Ltd wants the building height limit on part of its waterside development Macau Fisherman’s Wharf to be increased by 50 percent, according to a Macau media report.

If approved by the Macau government, it would mean part of the site would be the same height as the neighbouring Sands Macao, developed and operated by Sands China Ltd.

The firm’s Babylon Casino is one of the developments located at Fisherman’s Wharf, on Macau peninsula. The gaming venue is operated under the casino licence of SJM Holdings Ltd.

It is not clear from the media report as to which part of the Fisherman’s Wharf site would be affected by the proposed relaxation on building height.

Nonethless, Macau Legend’s proposal would increase the building height limit on the unspecified portion of the Fisherman’s Wharf site from 60 metres (197 feet) above ground level to 90 metres. The proposal also includes a request to increase the total gross floor area on the relevant part, public broadcaster TDM reported.

Macau Legend is currently redeveloping Fisherman’s Wharf (pictured in a rendering). The Harbourview Hotel, part of the redevelopment project, had a soft opening on February 2. The company plans to add two more hotels, scheduled to be completed in 2016 and 2017 respectively.

Mr Chow, a former Macau legislator, told reporters over the weekend that the request to increase the height limit at Fisherman’s Warf was reasonable.

“I applied for it according to the rules,” Mr Chow said, quoted by TDM. “Sands Macao [casino-hotel], besides us, is also 90 metres high,” he added.

TDM reported that the original height limit on the Fisherman’s Warf plot was 40 metres but it was subsequently increased to 60 metres.

The proposal to increase the height limit at Fisherman’s Warf has met with some resistance. Pro-democracy veteran lawmaker Au Kam San has publicly opposed it, fearing it could lead to a city-wide revision of building height restrictions

A Philippine lawmaker says public opinion on Philippine Offshore Gaming Operators (POGOs) would be an important factor when he and colleagues draft a Senate committee report on the economic and... END_OF_DOCUMENT_TOKEN_TO_BE_REPLACED