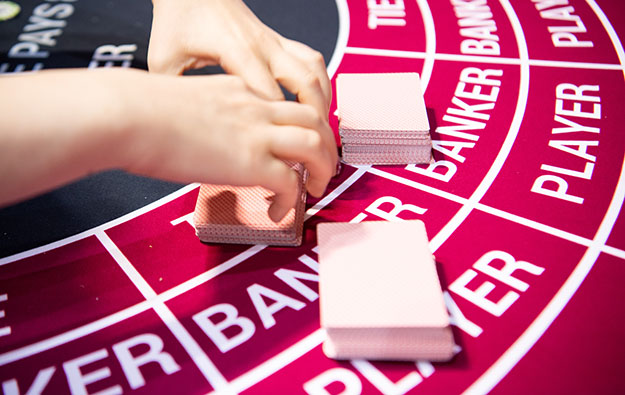 Mass-market baccarat generated MOP5.08 billion (US$628.3 million) in Macau in the three months to June 30, or 59.8 percent of all casino gross gaming revenue (GGR). The figure was down 53.0 percent quarter-on-quarter according to data released on Monday by the city’s casino regulator, the Gaming Inspection and Coordination Bureau.

VIP baccarat, which in 2019 represented nearly half of all Macau GGR, accounted for nearly MOP1.99 billion of Macau’s MOP8.50-billion GGR in the second quarter this year, a market share of 23.4 percent.

Aggregate revenue in the overall mass-market segment – including slot machines – stood at just below MOP6.51 billion, accounting for a share of nearly 76.6 percent of Macau’s second-quarter casino GGR.

The number of live gaming tables in the Macau market stood at 6,066 at the end of the June quarter, down by 19 from the preceding quarter. The tally of slot machines as of June 30 was 12,042, versus 11,615 at the end of the first quarter.

Macau casino GGR fell to its lowest monthly tally this year in June – and the lowest since September 2020, as the city faces biggest-ever Covid-19 outbreak. Such revenue amounted to MOP2.48 billion, equivalent to a daily average rate of MOP82.6 million.

Macau had a total of 1,755 confirmed Covid-19 cases as of midnight on Sunday, in the current local outbreak since June 18. A total of 22 new infections was detected on Sunday, according to the local health authorities.

All the city’s non-essential businesses – including casinos – have been shut since July 11, as a Covid-19 countermeasure. The government announced on Saturday that the partial lockdown would be extended to the end of Friday, July 22.

The imminent return of package tours from mainland China will not only help boost Macau’s tourism businesses, but is also expected to help casinos gain more foot traffic in their mass gaming... END_OF_DOCUMENT_TOKEN_TO_BE_REPLACED