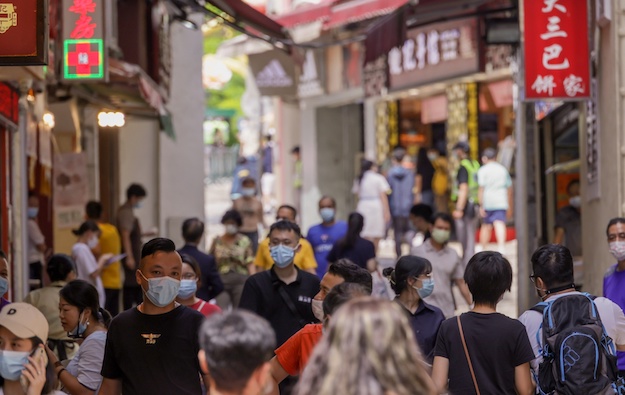 Macau recorded on Saturday (October 1) its highest daily total of visitor arrivals since the mid-June local Covid-19 outbreak, according to preliminary data released by the city’s police. The tally on Saturday – at the start of the so-called autumn Golden Week – stood at more than 37,427.

Macau’s daily tally of visitors had reached 30,815 on September 30, said the Macao Government Tourism Office (MGTO) in a Saturday update. Up to that point it had been the highest level since the local outbreak of Covid-19 that started on June 18, and which took more than a month for the authorities to bring under control.

China’s State Council has designated October 1 to 7 inclusive for the holiday encompassing National Day on October 1. The week-long break is often referred to by the tourism trade as autumn “Golden Week”, and has traditionally been an important earnings season for Macau casinos and tourist facilities.

The tally of Macau arrivals in the first three days of October reached 91,509, up 1,595 percent from the comparable period a year earlier, showed the official data. Mainland visitors accounted for 89.7 percent of all arrivals during the latest period, at 82,157.

Before the holiday break, China’s National Health Commission had called on mainland residents to avoid long-distance travel during the festivities, to avoid the risk of spreading Covid-19.