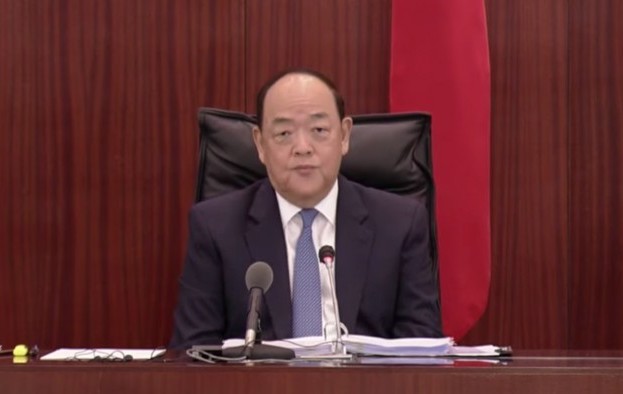 The Macau government is discussing with mainland China’s central authorities the possibility to trial a plan for a “mutual recognition” system of Covid-19 vaccination between Macau and its neighbouring Guangdong province, said on Tuesday Macau’s Chief Executive Ho Iat Seng (pictured). He was speaking during a question-and-answer session at the city’s Legislative Assembly.

The proposed arrangement – if eventually nodded by China’s central government – could help “reduce” the cost associated with the required Covid-19 test prior to travelling to Macau, Mr Ho stated.

Currently, only mainland China has a largely quarantine-free travel bubble with Macau. But mainland visitors to Macau must have a certificate for freedom from Covid-19 infection – issued within seven days of intended arrival – in order to travel here quarantine-free.

“The [Covid-19] virus test reduces people’s will to travel,” Mr Ho told the legislators. “We have been in talks with the mainland Chinese government…we hope that eventually the travel restrictions [between mainland and Macau] could be further relaxed.”

Currently, only about “20,000” people in Macau have taken two doses of Covid-19 vaccines, Mr Ho noted. Macau’s total population, as at end-December, stood at 683,100, according to the city’s Statistics and Census Service.

The Macau government is also planning to run marketing campaigns to attract mainland tourists in the “southwest” part of China, such as in the cities of Chengdu or Chongqing, in Sichuan province, said Mr Ho. These places have been a “major source” of inbound tourists to Macau, he added.

The Macau government was also planning to extend the spending-stimulus measures to visitors from other parts of Asia, once the city’s travel ties with these places normalises, Mr Ho stated on Tuesday. The measures, launched by the Macau government in September last year, were aimed at inbound visitors from the mainland, with discount offers on flight tickets and hotel accommodation extended via e-commerce platforms.

China has moved one step closer towards reopening, by relaxing some its Covid-19 control measures, with most infected people now able to quarantine at home rather than in state-sanctioned... END_OF_DOCUMENT_TOKEN_TO_BE_REPLACED