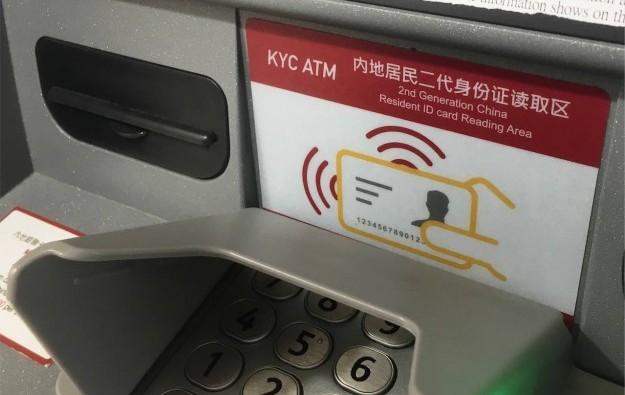 From today (July 4) holders of mainland China-issued China UnionPay Co Ltd bank cards will only be able to make cash withdrawals with them in Macau at automated teller machines (ATMs) fitted with so-called “know your customer” (KYC) technology, said a Monday press release from the Monetary Authority of Macao, also known by its Portuguese-language acronym AMCM.

The announcement added that – as of July 2 – there were 834 ATMs with such capability. Upgraded machines have a type of camera said to be able to perform a facial recognition check on each customer. The release gave no information on the total number of ATMs in Macau.

In 2016, the city had an average of 294.8 ATMs per 100,000 adults, according to previously-released data from the International Monetary Fund. Macau had in 2016 an adult population of around 500,000 people, figures from the city’s Statistics and Census Service show.

“The AMCM has been requesting banks to speed up the implementation [of KYC machines] and is striving, in collaboration with each bank, to cover all ATMs in Macau including those inside casinos and in their surrounding areas by this year-end,” the statement said.

Grant Govertsen, an analyst at Union Gaming Securities Asia Ltd, said in an email to GGRAsia on Tuesday: “We continue to believe that the KYC measures are not directly geared towards casino customers or the gaming industry. Rather, we believe they are an addition to ongoing capital flight controls [from mainland China], which will have the largest impact on those who come to Macau for the purpose of withdrawing, and then holding, Hong Kong dollars from their renminbi-denominated mainland bank accounts.”

Holders of cards issued by banks in jurisdictions other than mainland China would be unaffected by the new rule barring UnionPay cash withdrawal at non-KYC compliant machines, said the monetary authority.

The release added: “Relevant services will be resumed as soon as the KYC function is installed.”

The authority said the use of verification technology was to “promote the integrity of the financial system of Macau and to enhance the protection of the legal rights of mainland cardholders”.

The statement added the monetary authority had previously notified banks to install KYC technology “in stages”, so as to improve verification procedures regarding each cardholder’s identity.

A note from brokerage Sanford C. Bernstein Ltd, issued in May at the time the new ATM policy was announced, stated: “Over time, stronger anti-money laundering and know-your-customer procedures will likely create headwinds for junket activity and certain premium mass liquidity.”

Union Gaming’s Mr Govertsen noted in his Tuesday commentary: “It is important to keep in mind that this profile [of bank card customer] doesn’t fit any of the typical casino customer segments: grind mass customers typically cross the border with enough cash on their person so as not to need ATMs for gambling purposes; premium mass customers often already have cash outside of mainland China via business interests, etc., and VIP players receive credit from the junket system.”

China has moved one step closer towards reopening, by relaxing some its Covid-19 control measures, with most infected people now able to quarantine at home rather than in state-sanctioned... END_OF_DOCUMENT_TOKEN_TO_BE_REPLACED