Macau to be very quiet for quite a long time: Lawrence Ho 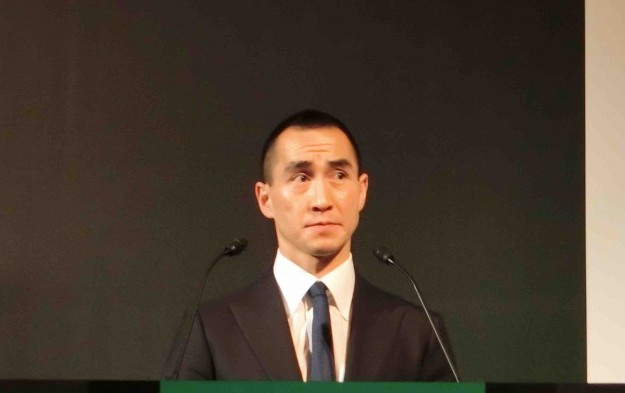 Macau’s gaming industry is likely to take “quite a long time” to recover from the sharp contraction it is facing related to the novel coronavirus Covid-19 health crisis. So said Lawrence Ho Yau Lung (pictured in a file photo), the chairman and chief executive of Macau-based casino operator Melco Resorts and Entertainment Ltd, speaking on a Thursday conference call for the group’s fourth-quarter 2019 results.

Net income at Melco Resorts for the fourth quarter last year was US$68.1 million, compared with US$126.6 million a year before, said the firm. The company declared a quarterly dividend of US$0.16512 per American Depositary Share.

According to Melco Resorts management, Macau’s casino industry could face challenging times over the next four to six months due to the coronavirus crisis. A rebound would be expected first in the VIP gaming segment, driven by players from Hong Kong and Southeast Asia, company executives said during the conference call.

“We anticipate Macau to be very, very quiet for quite a long time,” Mr Ho said. He noted that, despite casinos in Macau having started to reopen on Thursday following a 15-day shutdown ordered by the government, there were “still a lot of details” that needed to be solved in order for a rebound in Macau’s casino industry to take place.

Mr Ho made reference to existing travel restrictions, making it very hard for clients from outside Macau – particularly from mainland China, the main feeder market of the city’s casino industry – to reach the city.

Melco Resorts management stated that the firm currently had operational expenses of about US$2.5 million per day at its Macau properties. It added that the figure had already been reduced from about US$3 million a day through “cost cutting efforts” and “reduction in variable costs associated with business levels”.

David Sisk, chief operating officer of Macau resorts for Melco Resorts, noted during the conference call that the impact of the coronavirus crisis to casinos in Macau could extend into the summer period, even if the heath crisis was resolved by then. He noted that, as school classes in mainland China had been suspended for several weeks already, it was likely that the July and August school break period could be cancelled, “which we think is going to have an impact on our visitation, whether it be for hotel occupancy or just customers coming to see us during that period.”

Mr Sisk also provided some colour on the casino reopening at Melco Resorts’ Macau properties on Thursday. “We opened up at Studio City, we had about 10 customers that came in; as we opened up the City of Dreams, maybe 10 to 12 customers,” he said. He added that, due to the stringent public health safety measures in place at casinos, “it’s just not the most comfortable environment to come into right now.”

During the conference call, Mr Ho recalled that, given the “uncertainty” related with the coronavirus outbreak, Melco Resorts had decided not to pursue the purchase of a second, 10-percent tranche of shares in Australian casino operator Crown Resorts Ltd.

“We will continue to develop the Studio City Phase 2 and City of Dreams Mediterranean as planned, before other discretionary capital expenditure spend,” said Mr Ho.

Evan Winkler, president of Melco Resorts, said also on the call that the company saw no “urgency” on selling the first 10-percent tranche of Crown Resorts shares. “We’re evaluating every single aspect of the business … So, to the extent that there were capital needs going forward, that would obviously be a potential source of liquidity,” he added.

Melco Resorts has plans to spend approximately US$830 million in capital expenditure in 2020, in Macau and elsewhere, said management.

Mr Ho said construction for the second phase of Studio City had “recently commenced”. He added that the expansion – with a budget of “US$1.35 billion to US$1.4 billion” – would increase Studio City’s hotel room inventory by approximately 60 percent, with two new hotel towers offering a total of approximately 900 hotel rooms. The expansion will also include additional gaming space, a cineplex complex, an indoor outdoor water park, restaurants and space for meetings and conventions.

Mr Ho also confirmed that Melco Resorts continued engaged in its “Yokohama First” policy, announced last September. “In December, we submitted our response for Yokohama request-for-concept and we will continue to actively engage with the Yokohama officials to discuss our plan,” he said.

Mr Ho explained that one of the reasons why the firm decided not to pursue plans to present a proposal for an integrated resort in the Japanese city of Osaka was the fact that the local government “was very insistent” on having the property ready by 2025 in time for the World Expo that is also taking place in the city that year.

“Melco has always been very truthful and forthcoming with the government that we felt that [it] was impossible to do given the scale of the integrated resort and the fact that it’s a brand-new industry to construct,” Mr Ho said.

Melco Resorts announced on Thursday that total operating revenues for the fourth quarter of 2019 were US$1.45 billion, representing an increase of approximately 3 percent in year-on-year terms. The increase in total operating revenues was primarily attributable to better performance in the mass market table games segment, it said. Casino revenue for the period stood at approximately US$1.25 billion, up from US$1.23 billion a year earlier.

The CEO added: “In 2019, despite macro headwinds and the events in Hong Kong, we increased our Macau mass table revenues by approximately 17 percent. We also enjoyed modest growth in VIP revenue despite the significant market-wide VIP decline, which allowed Melco Resorts to expand its total gross gaming revenue market share by approximately 180 basis points year-over-year to approximately 16 percent.”

Mr Ho also commented on recent renovation projects carried out by Melco Resorts at its existing Macau properties. He said that a new premium mass area had been added to City of Dreams Macau in October last year, with another new premium mass gaming space opening at the property last month, prior to the Chinese New Year holiday period.

City of Dreams Manila’s mass table game operations saw “strong double-digit growth” in the fourth quarter, while VIP operations continued to be “impacted by the market-wide VIP decline and increased competition in and around Entertainment City,” said Mr Ho on the conference call with analysts.

“In Cyprus, we continue to ramp up our temporary and our satellite casinos with luck-adjusted EBITDA from Cyprus more than tripling year-over-year to US$9 million. construction of City of Dreams Mediterranean is progressing well with opening anticipated around year-end 2021.”