Macau to test 10 people for Covid after new positive sample 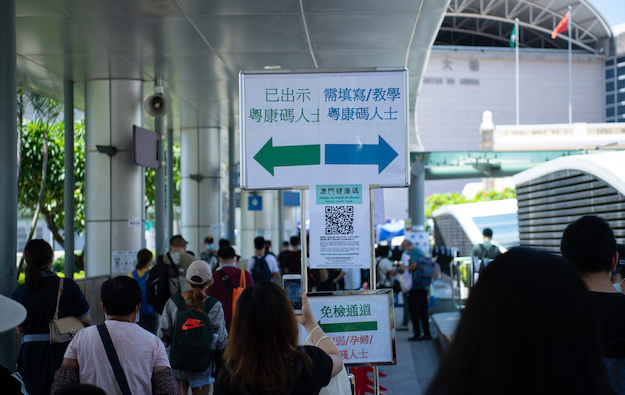 Macau’s Novel Coronavirus Response and Coordination Centre announced today (Monday, October 4) that a “pooling sample” involving 10 individual samples, has produced a ‘positive’ result for Covid-19 infection. The batch was tested at the Kiang Wu Hospital, on Sunday night, according to the statement.

The Macau health authorities were still reviewing the pooling sample this morning. But the authorities have already contacted the 10 people whose samples were part of the batch, and they will all be taken separately to a dedicated facility at the public hospital for further tests, according to the statement.

Depending on the results of the new tests, the city’s Novel Coronavirus Response and Coordination Centre might update its anti-epidemic measures and guidelines, the statement added.

On September 25, Macau entered “immediate pandemic prevention” mode, due to the risk of a community outbreak of Covid-19 after two people living in Macau tested positive for the illness.Soon after that, the Macau authorities announced an additional four new cases. The six casesinvolved security guards working in local hotels used for quarantine purposes.

Following the new Covid-19 cases in Macau, authorities in the neighbouring city of Zhuhai, Guangdong province, introduced a requirement for all arrivals from Macau to undergo a 14-day compulsory quarantine. The requirement is to be relaxed from 12pm today (Monday), but people intending to cross the border into Zhuhai will have to show proof of vaccination against Covid-19 and must hold a nucleic acid test certificate issued within 48 hours proving they are ‘negative’ for the illness.

The new Covid-19 infections in Macau have dampen expectations over the holiday period encompassing China’s National Day, on October 1.

Official data from the city’s Public Security Police show that just 3,122 visitors arrived in Macau over the first two days of the Golden Week holiday, down 91.6 percent from the corresponding period a year earlier.

Several tourism industry insiders had a fortnight told GGRAsia – before the new Covid-19 cases were reported – they were hopeful the October Golden Week festive period would bring many mainland visitors, particularly from Guangdong, to Macau.

Macau’s Chief Executive, Ho Iat Seng, admitted on Wednesday that even if Zhuhai dropped its inbound quarantine rule by National Day on Friday, it might not help Macau’s inbound tourism trade for the October Golden Week.

According to a check by GGRAsia, only five out of 25 hotels at major casino complexes in Macau were sold out – as of Thursday – for at least four nights during China’s October Golden Week holiday period, running from October 1 to October 7.

A casino cruise brand reportedly controlled by Malaysian entrepreneur Lim Kok Thay is to launch services from Singapore fewer than five months after the Lim family-founded Dream Cruises brand of the... END_OF_DOCUMENT_TOKEN_TO_BE_REPLACED