Mainlanders can now use 90pct of Macau ATMs: regulator 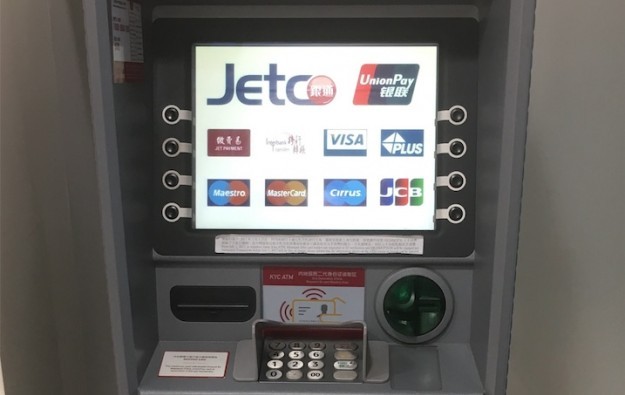 Mainland Chinese visitors to Macau can now make cash withdrawals via mainland-issued bank cards at about 90 percent of the city’s bank automated teller machines (ATMs), said a Tuesday statement from the Monetary Authority of Macao (AMCM).

The body clarified that 1,040 such machines in the city currently had the ‘know your customer’ (KYC) functions – which include a reader for the official identity card issued to each mainland resident, and a camera said to have the capability for customer face recognition.

Starting in May last year, holders of mainland-issued China UnionPay Co Ltd bank cards were restricted to using KYC-enabled ATMs when seeking to make cash withdrawals in Macau. The first ATMs to be fitted with the technology were those in or near casino resorts, the Macau government had previously stated.

The monetary authority said in its Tuesday update that nonetheless some KYC functions of some Macau ATMs had been “affected” by the disruption wrought by August’s Typhoon Hato.

Hato was the biggest storm to hit Macau in 50 years, bringing widespread flooding to the Inner Harbour district and causing some banks in that district to be closed and some bank ATMs to be taken offline. The monetary authority didn’t clarify whether any KYC-enabled ATMs that were still dispensing cash during the disaster and its aftermath had their KYC functions – including camera – temporarily disabled. Some bank branches in the Inner Harbour district remained closed for more than a fortnight after the storm.

The KYC machines were introduced to “protect the legal interests of financial institutions”, said the monetary authority. A number of investment analysts indicated in commentaries that the initiative sought to moderate the amount of cash flowing out of the mainland China economy via Macau – whether for gambling or for other purposes – and to reconcile the identity of each person undertaking each transaction.

“The relevant withdrawal services have been running smoothly and irregular withdrawal activities have been stopped since the implementation of the… [KYC] measures, promoting the security of the financial system of Macau,” said the authority in its Tuesday update.

“The AMCM has been striving to complete shortly the installation of KYC techniques at all ATMs with withdrawal function and extending the coverage to more types of mainland bankcard,” said the authority.

The body clarified that the scheme had so far been extended from UnionPay cards to cover other cards, including mainland-issued Visa, Master, American Express, JCB, Diners Club and Discover bank cards.

China’s State Administration of Foreign Exchange announced on Saturday that from January 1 mainland Chinese would be restricted to an annual CNY100,000- (US$15,366-) limit per person for cash withdrawals when using overseas automated teller machines (ATMs). In the past, China’s regulatory definition of “overseas” transactions has included ones performed in Macau.

Macau’s Legislative Assembly (pictured) will conduct on Monday (January 24), during a plenary session, a formal first reading of the draft bill to amend the city’s gaming law, according to a... END_OF_DOCUMENT_TOKEN_TO_BE_REPLACED