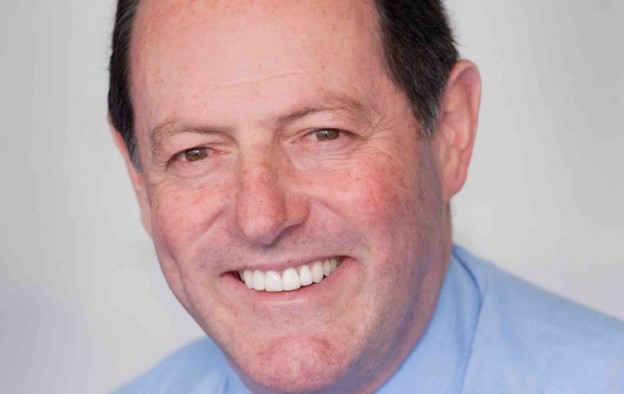 The Australasian Gaming Expo (AGE) 2016 – a trade exhibition for the gaming and amusement industries and which starts on August 9 and runs until August 11 – will be bigger and better even than previous editions, says Ross Ferrar (pictured), chief executive of the organiser, Australia’s Gaming Technologies Association (GTA). The event will take place at the Sydney Exhibition Centre on Glebe Island, Sydney, New South Wales.

“We’ve expanded the size of the exhibition floor across the whole venue now; which is 19,000 square metres (204,500 sq feet),” Mr Ferrar explained to GGRAsia in a telephone interview.

He added: “We’ve got 11 percent more exhibitors – including 55 brand new exhibitors – which generates its own interest and excitement; everyone from app developers to amusement machine suppliers; as well as slot machine and casino gaming equipment, and a whole range of hospitality-related equipment as well.”

“We have more visitors pre-registered than ever before at this point [pre-show]. We have 193 exhibitors who are currently putting the finishing touches to their offering [for the show],” Mr Ferrar stated.

“While we are not as big as ICE and G2E, we believe we’re number three in the world in terms of square metres of exhibition space,” stated Mr Ferrar, referring firstly to the International Casino Exhibition held yearly in London, in the United Kingdom; and secondly to Global Gaming Expo, held annually in Las Vegas, Nevada, in the United States.

“The Australasian Gaming Expo is the only gaming event of its type [in the country] that is truly international and crosses the sectors of the industry. In Australia those three primary sectors are: hotels, clubs, and casinos,” noted the GTA’s chief executive.

Several projects have been announced for new casinos in the nation, supported – say some investment analysts – by the displacement from Macau of some high value Chinese players to other markets in the wake of China’s anti-corruption campaign.

The pending Australian projects include Crown Sydney, due to open in early 2021; and that of a consortium featuring Star Entertainment Group Ltd – formerly known as Echo Entertainment – that is due to launch a casino resort in Brisbane, Queensland, in 2022. Another scheme – Aquis, near Cairns in Queensland, will not now have gaming, its promoter, Hong Kong businessman Tony Fung Wing Cheung, announced earlier this year.

Mr Ferrar said: “I think we’ll continue to see the development of those major integrated resorts; whether the details are finalised I don’t know. It’s not my place to comment on those details.”

“But the OEMs are moving forward in terms of… technology and [player] appeal. They are ready, willing and able to supply those IRs [integrated resorts] when they are about to open,” Mr Ferrar told GGRAsia.

He added: “I think it’s exciting to see the level of activity at that end of the industry in Australia, because it will increase not only the tourism infrastructure, but also the hospitality services that are available domestically. It’s a big story – what is happening in the casino industry in Australia – over the next few years. In terms of domestic clubs and hotels, it’s a pretty healthy industry: the figures are showing good organic growth year-on-year; there’s a sense of stability about the industry at the moment.”

Mr Ferrar noted that in New South Wales, slot machines have been regulated products for 60 years. In Australia, casino gambling and slot machines are regulated at state level, while online gambling is overseen at federal level.

Mr Ferrar stated that an important part of the GTA’s job was to inform state and federal officials about the casino industry and the clubs and hotels sectors. Casinos primarily serve overseas customers, and the latter sectors serve mainly domestic consumers.

The domestic industry has faced a number of headwinds. They include a recently announced challenge – by campaigners seeking to use Australian consumer law – against the legality of poker gaming machines in Australia.

Mr Ferrar was asked whether such headwinds would be topics for discussion at AGE 2016.

He added: “It’s vital that all members of parliament – whether state or federal [level] understand the facts [of the industry]. And that is a key task for us [at the GTA] right now.”

Mr Ferrar noted that AGE itself plays an important role in connecting the industry with regulators across the region.

“We’ve got regulators from around the region visiting Sydney next week and we’ll be hosting a number of events: some networking events; some private meetings among regulators. Some of them will be where our association members – who are all OEMs – will be confidentially presenting their new game concepts to all of the regulators; so that we are all on the same page with what is coming down the track in the next 12 months or 24 months or longer,” said the AGE 2016 organiser.

“It’s important that we… provide the maximum opportunity for regulators to input into the development process,” he added.

Next year AGE will be moving back to the Darling Harbour district, to the yet to be commissioned International Convention Centre.

“On the one hand, we’re really looking forward to next year; on the other hand we’re focused on this year and making sure it’s a great event for all the exhibitors that have invested their time and effort to participate.

“What I can say for sure is that AGE 2016 is going to be a dynamic show, and there’s going to be something for everyone,” said the AGE organiser.

An article in Macau’s draft new gaming law, to create a mechanism to dissolve an existing gaming concession in the event it was not granted a new licence after the current six concessions... END_OF_DOCUMENT_TOKEN_TO_BE_REPLACED