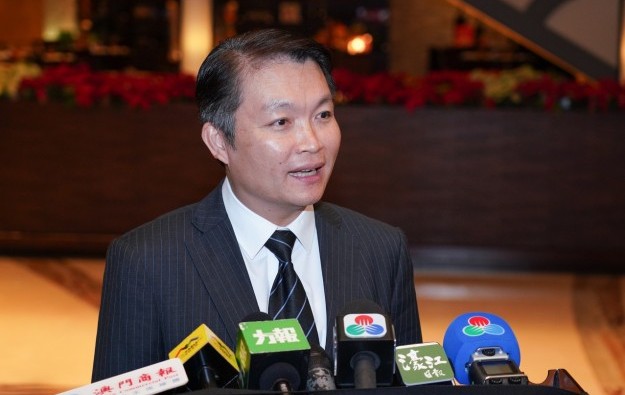 Macau got more than half of its 2019 casino gross gaming revenue (GGR) from mass play, a segment that had also seen “stable” development, said the city’s new Secretary for Economy and Finance, Lei Wai Nong (pictured) in comments on Friday to local media.

Mr Lei was speaking on the sidelines of an event in the city. He is part of the new administration led by Macau’s incoming Chief Executive, Ho Iat Seng, who took office on December 20.

The “stable” development of the mass gaming segment was an “important basis” for the industry’s sustainability, Mr Lei stated. The official also said he believed that the city’s gaming industry could respond in a strategic manner to gaming-venue projects being developed in other parts of Asia.

The official also said Macau had a “healthy” employment market, and “stable growth” in terms of visitor numbers. He added that he was “cautiously optimistic” regarding Macau’s overall economic performance for 2020, citing the expected opening soon of new casino resort projects in the city as a factor.

In a note issued last month, Nomura’s Instinet LLC estimated that in 2020 the contribution of  VIP play to overall Macau casino GGR would shrink to “approximately 42 percent”.

Several other brokerages also indicated in December commentary that the city could expect in 2020 a stable expansion in mass-play revenue, although they expressed some doubt about the timing of new venue supply in the market.

Mr Lei was reported on Friday as making fleeting remarks about the anticipated retender process when the gaming rights of the current six incumbent operators expire in 2022.

The official only pledged that the government would work on regulating the gaming industry, and would formulate policies appropriate for Macau’s development. He indicated such policies would take note of – according to an indirect account of his comments – Macau’s ‘inheritance of past traditions’ while introducing ‘new approaches for the future’.

Package tours from mainland China to Macau will resume from Monday, February 6, confirmed Macau’s Secretary for Economy and Finance, Lei Wai Nong, in a Friday press conference. The return of... END_OF_DOCUMENT_TOKEN_TO_BE_REPLACED