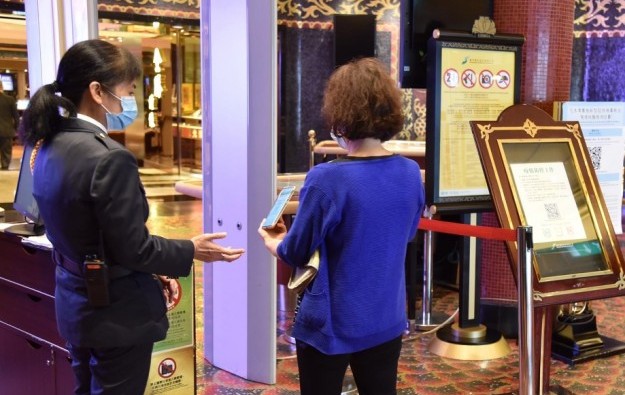 A brokerage says it only expects what it terms “meaningful business” to return to Macau casinos from the October Golden Week, a holiday season in mainland China encompassing the country’s National Day on October 1, “assuming no more community outbreaks” of Covid-19 occur in Macau.

According to data released by the Macau government on Monday, the city’s July casino gross gaming revenue (GGR) – which came in at MOP398 million (US$49.2 million) – was the lowest monthly tally since liberalisation-era records dating back to 2003.

“This should not come as a surprise given casino shutdowns and a quasi-lockdown of the city during the month. Hence, the print is a non-event in our view,” said analyst DS Kim in a Monday note.

In Macau’s casinos – which were able to reopen on July 23 at limited capacity, after a 12-day shutdown due to a community outbreak of Covid-19 – “business is likely to remain bleak for a while until mainland visitors regain confidence to visit the city,” suggested Mr Kim.

His memo was issued after the July GGR data were issued by the local regulator, the Gaming Inspection and Coordination Bureau, a body also known as DICJ.

June GGR had already been hurt by the outbreak, which began on June 18, and coincided with tightened travel restrictions from and into mainland China, Macau’s key source market for tourists.

“While the casino facilities have reopened, there is very little if any business during this ‘consolidation phase’ of the city, given the absence of incoming visitors,” wrote JP Morgan’s Mr Kim.

He added, referring to recent rounds of mass-testing for Covid-19 among Macau’s population, including the latest over the weekend that showed up no new cases: “Macau’s social distancing policy could return to a pre-lockdown level as early as some time next week,” as Mr Kim said had been flagged in Macau government statements.

Macau had recorded 1,821 cases in the latest community outbreak as of midnight on Sunday. There had been no new cases at all in the 72 hours up to that point.

A Monday note from brokerage Sanford C. Bernstein Ltd said that during the prior Macau Covid-19 outbreak in October 2021, travel rules at the mainland China border had eased “after 14 days of zero-case” data.

Based on that precedent, there were hopes for what analysts Vitaly Umansky, Louis Li and Shirley Yang referred to as “border reopening,” in “early August”.

Technically, the border between Macau and neighbouring Zhuhai in Guangdong province – normally the main land entry point for mainland tourists to Macau – is not “shut”. But a requirement that people wishing to cross from Macau into Zhuhai undergo a seven-day quarantine in a Zhuhai government-designated facility, has rendered most leisure trips impractical for the time being.

The Macau authorities confirmed in a Monday statement that, starting from Tuesday, leisure facilities in the city – including non-gaming offerings such as swimming pools and spas at Macau casino resorts – would be permitted to reopen with effect from Tuesday (August 2).

Restaurant dine-in services – that had also been suspended since near the start of the latest outbreak – can also restart from that date.

But operators of all such services are obliged to ask their customers for proof of a valid ‘negative’ nucleic acid test result based on a sample collected within the prior three days.

The imminent return of package tours from mainland China will not only help boost Macau’s tourism businesses, but is also expected to help casinos gain more foot traffic in their mass gaming... END_OF_DOCUMENT_TOKEN_TO_BE_REPLACED