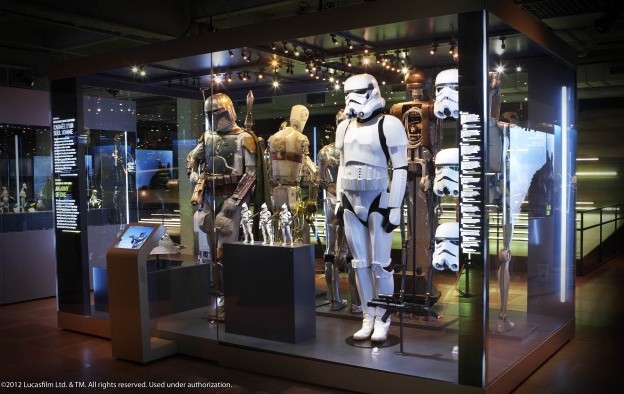 The ArtScience Museum at the Marina Bay Sands (MBS) casino resort in Singapore, is to host a “Star Wars Identities” exhibition, from January 30 to June 13, according to a press release from the property. The event is said to mark the final stop of a global tour by the exhibition.

It will include “200 authentic props, models, costumes and art work” from the Star Wars films, the press release noted. The exhibition will also feature Star Wars filmmaking materials and processes, including early-concept drawings, storyboards, and information on model making, puppetry and costume design.

The exhibition has been developed and produced by Montreal-based X3 Productions, in collaboration with Lucasfilm Ltd, the latter a subsidiary of the Walt Disney Co, which owns certain rights to Star Wars. The staging of the exhibition at the ArtScience Museum is being organised by event producer Pico Pro Pte Ltd.

Singapore is currently imposing a number of restrictions on visits to the city-state by foreigners, but the government has been encouraging domestic tourism, as a form of local economic stimulus.

The city’s two casino resorts – Marina Bay Sands, run by a unit of United States-based Las Vegas Sands Corp, and Resorts World Sentosa, operated by Genting Singapore Ltd – have been running a variety of gaming and non-gaming facilities, at under full capacity, as a countermeasure against Covid-19.

Visitor volume to Singapore grew by 472.2 percent year-on-year in the first four months of 2022, to 540,430, according to data issued by the city-state’s tourism board. The four-month figure is... END_OF_DOCUMENT_TOKEN_TO_BE_REPLACED