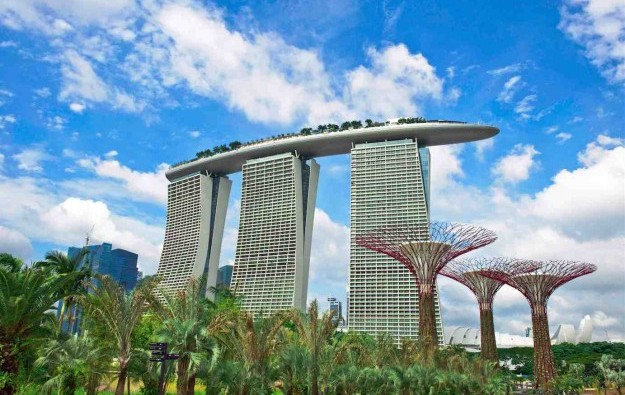 A unit of Las Vegas Sands Corp that runs the Marina Bay Sands (MBS) casino resort (pictured) in Singapore has amended the terms of a bank credit agreement, which will see the gaming group be able to push back until March 31, 2022, the deadline for delivering quantity surveyor construction-cost estimates and construction schedule, for the “Marina Bay Sands expansion project”.

In its second quarter results filed in late July, the group had already said such a deadline had in June last year been put back to June 30, 2021.

In its second-quarter report, the Las Vegas Sands parent said it had, as of June 30 this year, US$441 million available under its 2012 Singapore revolving facility, and SGD3.69 billion under a Singapore delayed draw term facility, “exclusively for capital expenditures for the Marina Bay Sands expansion project”.

The United States-based group made a pledge to the Singapore government – announced in April 2019, at the time its gaming rights in Singapore were extended until 2030 – to invest a further SGD4.5 billion in Marina Bay Sands.

Las Vegas Sands reiterated in its second-quarter report, that such expansion would involve “a hotel tower with a rooftop attraction, convention and meeting facilities and a state-of-the-art live entertainment arena with approximately 15,000 seats”.

In a 2019 presentation document for investors, the group had said the conclusion of such work was likely to be in 2023. It later extended that likely finish date to 2024 and then 2025.

In August last year, Singapore’s tourism boss said in an interview that it was “inevitable” there would be delays to the expansion of the city-state’s two casino resorts, due to the disruption to the construction sector wrought by the Covid-19 pandemic.

Macau mass-market casino gross gaming revenue (GGR) for the recent Chinese New Year (CNY) holidays could have recovered to at least 60 percent of that for the 2019 break, when the festivities were in... END_OF_DOCUMENT_TOKEN_TO_BE_REPLACED