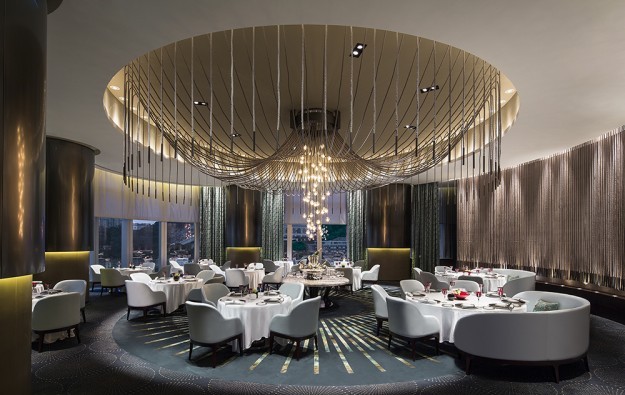 Two restaurants with Michelin stars at Macau’s City of Dreams complex have closed permanently, property operator Melco Resorts and Entertainment Ltd confirmed to GGRAsia. The company said the closure was related to the renovation works of the Nüwa hotel tower at the property.

A company spokesperson confirmed to GGRAsia that two-Michelin star French contemporary restaurant The Tasting Room (pictured); and one-Michelin star Japanese sushi restaurant Shinji by Kanesaka have both “been closed as Nüwa is closed for refurbishment”.

The Michelin rating of each of the establishments had been confirmed in the 2020 edition of the “Michelin Guide Hong Kong Macau”, published in December.

The Melco spokesperson confirmed also to GGRAsia that a trampoline indoor park branded as “Flip Out” – located at the Studio City casino resort in Macau – had also closed earlier this year. Melco International, via its subsidiaries, is the majority owner of the casino complex, located in the Cotai district. The entertainment venue has been shut permanently, according to our understanding.

“Flip Out is our tenant, which we do not own, and like many attractions they were closed [following a] global decision,” stated the Melco representative. The park is no longer listed in Studio City’s entertainment offerings, according to its website. It had opened in May 2019.

Macau gaming operator Wynn Macau Ltd is asking some management-level staff to volunteer to take 10 percent of their monthly base pay in the form of company stock, according to a notice recently sent... END_OF_DOCUMENT_TOKEN_TO_BE_REPLACED