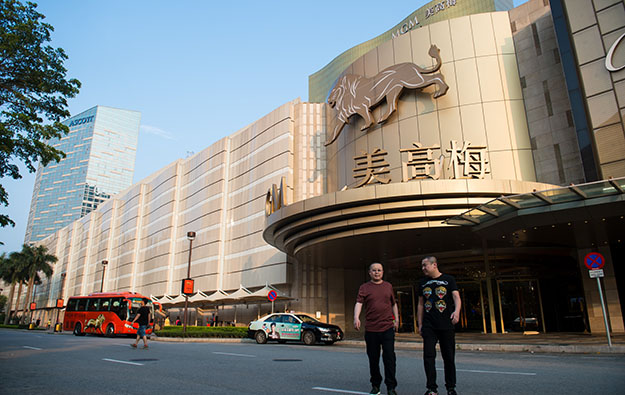 It was the third consecutive quarter of positive EBITDA, after three quarters of losses, according to Wednesday’s filing. The Hong Kong-listed company had reported negative adjusted property EBITDA to the tune of HKD885.7 million a year earlier.

The firm reported revenue of HKD2.41 billion for second-quarter 2021, up by more than nine-fold year-on-year. The operator’s net revenue was also up 4.9 percent sequentially.

In a press release issued alongside the results, MGM China said it had “outperformed” the local market, with its second-quarter average daily gross gaming revenue (GGR) recovering to about 42 percent of pre-pandemic levels (i.e., fourth quarter 2019) compared to a market rebound of 36 percent.

The recovery was mostly felt in the main floor table games, where drop rose one fifth sequentially to US$1.3 billion – 62 percent of the levels recorded in the same quarter of 2019, according to parent MGM Resorts. Revenue in the segment was approximately US$252 million, up 10 percent sequentially.

VIP table games turnover at MGM China grew 9 percent sequentially to US$2.6 billion, just 24 percent of pre-pandemic levels. The operator’s VIP revenue fell by 9 percent from the first quarter of 2021 to US$71 million: MGM Resorts stated the decline was related to a win rate of 2.7 percent, at the lower end of the normal range.

The parent company said it was expecting a “steady recovery led by the premium mass segment, with continued relaxation of restrictions and sentiment uplift over time”.

Macau’s Chief Executive, Ho Iat Seng, affirmed on Wednesday that the local government was not ordering the closure of the city’s casinos, after a local family of four was confirmed as having caught the highly-infectious Delta variant of Covid-19. The city’s leader said it was hoped the local Covid-19 situation could be controlled within 14 days.

According to Wednesday’s presentation, the MGM Macau property recorded positive EBITDA of HKD171.4 million for the second quarter of 2021, up slightly sequentially. It was nonetheless a major improvement from the negative EBITDA of HKD391.0 million in the prior-year period.

As of June 30, MGM China had total liquidity of approximately HKD13.7 billion, said the company.

Parent MGM Resorts recorded consolidated net revenue of US$2.27 billion in the second quarter of 2021, a 682.1 percent increase from the prior-year quarter. The U.S.-based operator went back to black with net income of US$105 million, compared to a net loss of US$332 million in the first three months this year.

The imminent return of package tours from mainland China will not only help boost Macau’s tourism businesses, but is also expected to help casinos gain more foot traffic in their mass gaming... END_OF_DOCUMENT_TOKEN_TO_BE_REPLACED