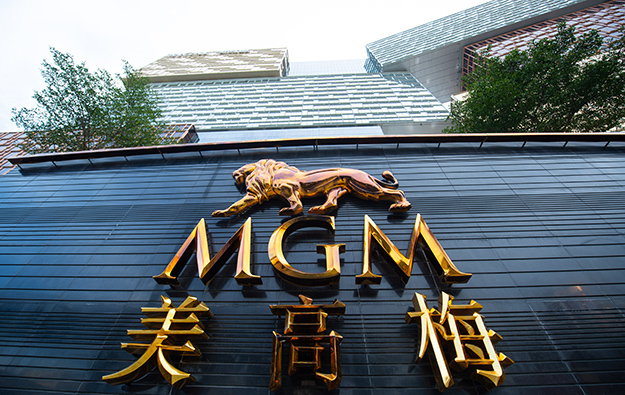 Casino operator MGM China Holdings Ltd has announced the renewal of a branding agreement involving parent MGM Resorts International, for use of the “MGM” brands. The deal comes shortly after MGM China saw its Macau licence extended from its original June 26 expiry date to the end of year.

The latest branding deal coincides with that amended timetable for gaming-licence expiry, and runs until December 31, 2022. It requires MGM China to pay “monthly licence fees calculated on a basis equal to 1.75 percent of the company’s consolidated gross monthly revenues” to an entity called MGM Branding. That is in return for MGM China to be allowed “the use of certain trademarks owned by MGM Resorts International and its subsidiaries”.

MGM Branding is a company incorporated in the British Virgin Islands which is jointly wholly owned – directly or indirectly – by MGM Resorts International and Pansy Ho Chiu King, in equal portions.

MGM Resorts International has a stake of 55.95 percent in MGM China. Ms. Ho is the second largest shareholder of the latter firm, with a stake of 22.49 percent, according to MGM China’s Sunday filing to the Hong Kong Stock Exchange.

The original branding agreement involving MGM China and MGM Branding was effective from June 2011 and expired in March 2020. It had been extended in 2019 until June 26, 2022.

The new agreement sets a monetary cap of licence fee payable for the MGM Macau and MGM Cotai properties, both run by MGM China. A similar clause existed in the previous branding deals.

Under the latest deal, the cap for the period from June 26 to December 31, 2022 has been set at US$45.6 million, and at US$10 million “in respect of each other project” other than those two properties.

The deal entitles MGM China to use the marks “MGM”, “MGM Grand”, “MGM Grand Macau”, the MGM lion, and “other MGM-related service marks, trademarks, registrations and domain names” owned by MGM Resorts International and its subsidiaries.

The imminent return of package tours from mainland China will not only help boost Macau’s tourism businesses, but is also expected to help casinos gain more foot traffic in their mass gaming... END_OF_DOCUMENT_TOKEN_TO_BE_REPLACED